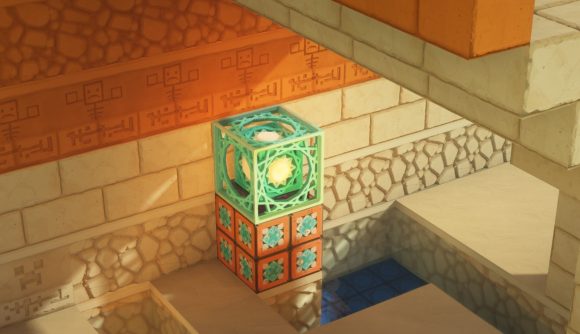 There are plenty of Minecraft mods out there that alter the vanilla, chunky-pixel look of the game, but there’s now a mod that’s a cut above the rest. A modder named Dmitriy is using bump mapping and other techniques to give each of Minecraft’s blocks a more believable, textured look, and the results are almost as transformative as adding RTX ray tracing into Minecraft.

The Stylized Resource Pack comes in two flavours: there’s the full pack, which Dmitriy offers to Patreon supporters who pledge at least $5 USD per month, and the ‘lite’ version, which you can download for free. Both show off some impressive texturing skills, but it’s the full version that really pops. That’s thanks to a combination of bump mapping and parallax occlusion, which together give textures the appearance of having depth and physical irregularity, something you just don’t normally see on Minecraft’s flat vanilla textures.

In the video below, which also shows off some fancy lighting effects via SEUS Renewed, a Minecraft shader pack that adds the look of ray tracing to Minecraft using regular old rasterization methods. It looks great though, and it helps highlight the terrific-looking texture details on Dmitriy’s resource pack. 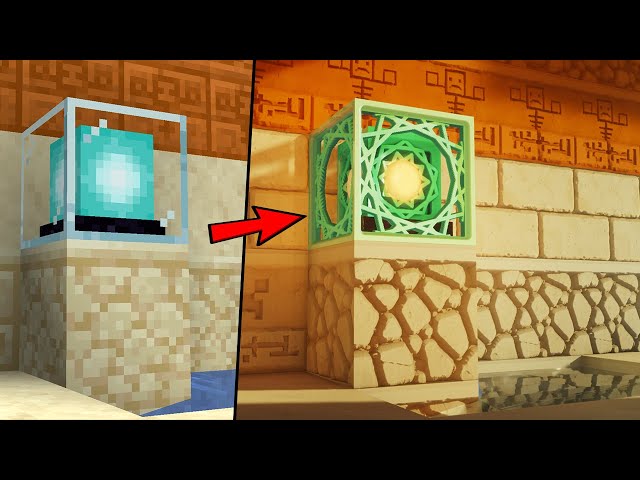 The creeper faces on the chiseled sandstone blocks actually look like they’ve been carved into the rock, and cobblestone has deep grooves around each of its component, er, cobbles. Minecraft Beacon blocks have beautiful new details. Maybe the most stunning makeover is to bookcases, which now look stocked with actual leather-bound tomes.

You can download the lite pack from the Dmitriy’s Stylized Resource Pack site, which is also where you’ll find links to his Patreon if you decide you want to support his work and see the full pack. It’s not finished yet – right now it’s in beta while he works through the basic blocks before taking on more complex objects with animation. But what’s there already is gorgeous, and the packs will in theory work even on lower-spec PCs. You’ll need the Java edition of Minecraft to run the mod, although Dmitriy says he’s hoping to add support for the Bedrock edition as well.

Maybe snag some new Minecraft skins and have a look around.