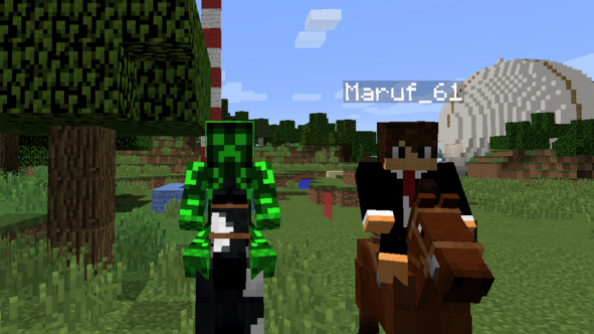 Super League Gaming runs some high-profile eSports events around the US, going around movie theatres and creating a good atmosphere built around social competitive gaming. This fall, they’re focusing on Minecraft, taking blocky deathmatches to a big screen near you, probably.

Brush up on your skills with our list of the best Minecraft servers.

You can check out the Super League Gaming site to buy tickets and browse over the information, but basically they’re touring over 50 cities, setting up in cinemas and letting kids battle each other from the seats on gaming laptops.

From here, they will all hook up to the Super League Gaming server and play competitive Minecraft, with the cinema screen acting as an overhead camera, giving a bird’s-eye view of the action and allowing teams to strategise on-the-fly.

As well as competing with the kids in the room, participants will be placed in a nationwide tournament, with the best teams given a chance to win a college scholarship. It sounds like a cool idea.

Watch the video above for more details.