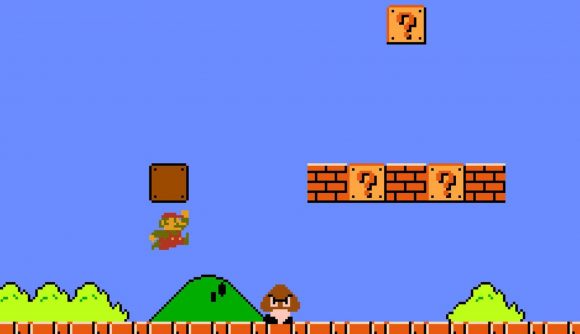 There’s few games less likely to ever come to PC than Super Mario Bros, and one Minecraft player has decided to build their own version. Essentially a large-scale diorama, they’ve remade World 1-1 of the old game, with the possibility the rest could follow.

Posted on r/Minecraft, TheBestTomatoKing shared a video of their art-piece dedicated to the platformer game. Stepping on a pad to kick off that classic theme, they start floating along the trailer of their creation, Mario and some Goombas placed at certain points to give a sense of action. Question boxes are placed appropriately, and zooming over one grants that pleasing sound of picking up some coins.

The whole is massive, and clearly took quite a bit of work. The ending castle is in place, and behind it, a warp pipe for an undergound secret, full of yet more coins. Although it’s not playable in a conventional sense, it does still evoke that sense of familiar nostalgia, especially given that Minecraft’s blocky aesthetic means this looks like an incredible upscaling of the original. Bowser’s castle and some of the more intricate levels, like World 6-1, with Lakitu floating about, would be fascinating to see.

If this has you thinking of getting into the building game for yourself, we have a list of Minecraft ideas that aren’t Nintendo, for inspiration.