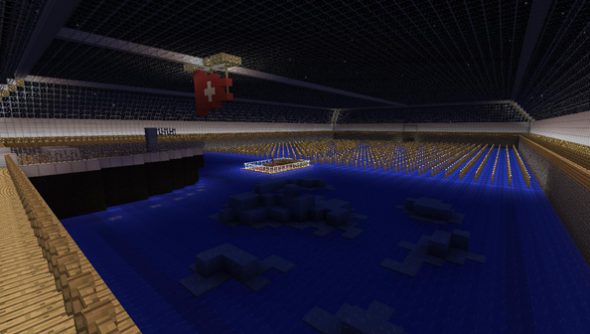 In the UK, there are Titanic memorials in Belfast, Liverpool and Southampton. In the US, there are statues in New York and Washington DC. And in the intangible serverspace that connects the two, there is now this.

The images below were posted by their subject’s creator about 10 hours ago, just in time for the 101st anniversary of the great ship’s demise. We’re told that there are more than one thousand five hundred torches here – one for every life lost: 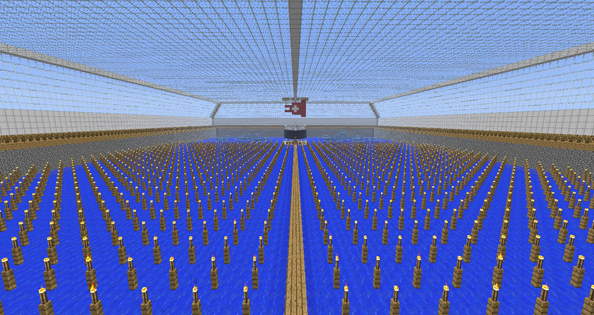 The purpose-built map features several icebergs, a sample of the ship’s bow, and the flag of the White Star Line, the British shipping company what built it: 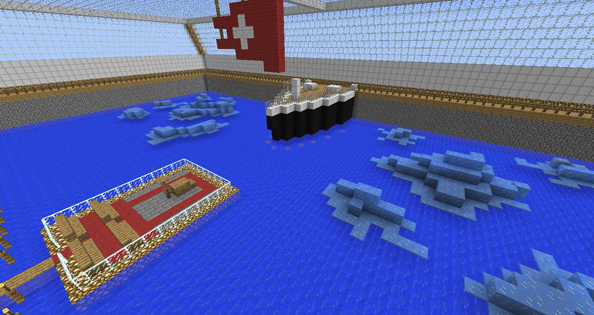 The whole thing was built in Creative mode using the Superflat world type, which removes all of the verticality, life and other chicanery from Minecraft and replaces it with acres of unspoiled soft peat. 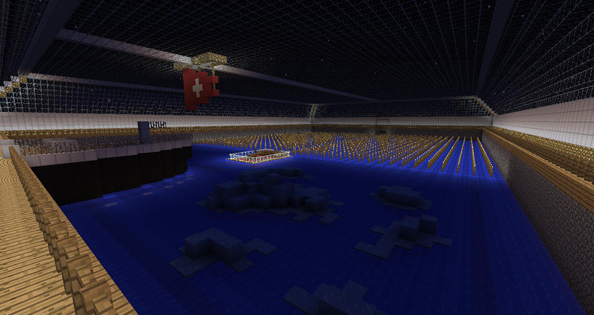 Pictured below is the podium “for a memorial service that never happened”: 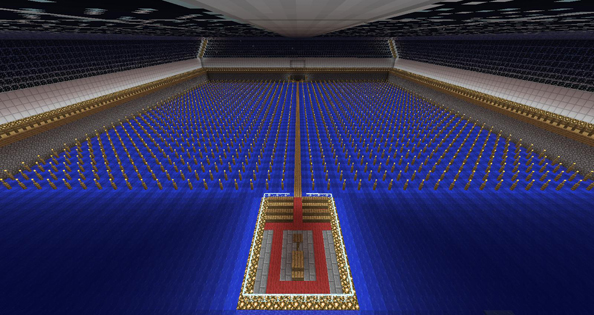 “I did eventually give a service on an old server,” says the map’s creator. “This motivated [its residents] to build their own memorial; I provided the epigram.” 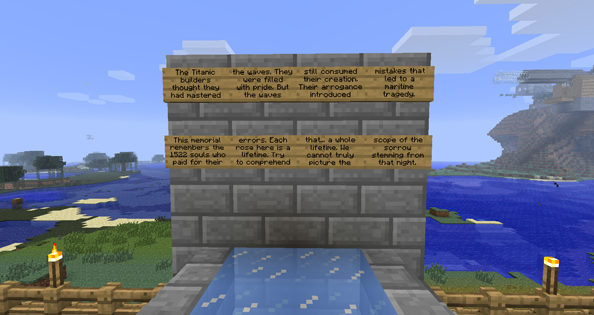 Minecraft really can be whatever its users intend, can’t it?