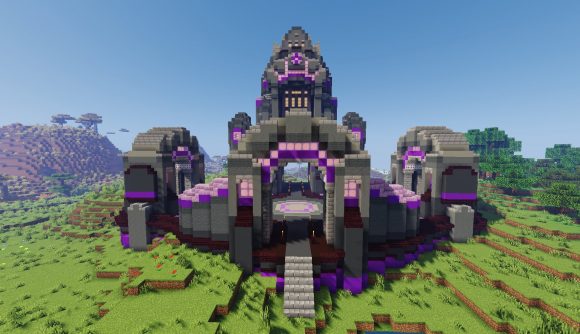 I’ve seen people being pulled up for heaps of stuff during a competitive tournament, but brightness settings are a new one. Popular content creator Turner ‘Tfue’ Tenney was competing in a Minecraft Twitch Rivals tournament with friends. He was even doing quite well until someone noticed that his screen seemed a lot brighter than others. It turns out that’s an issue, and his team were docked enough points to lose them the tournament.

Twitch Rivals rules for the Minecraft tournament spell out that players had to use Vanilla Minecraft with no mods or add-ons (thanks, DotEsports). While the team can’t say if Tfue was using any “illegal mods or texture packs”, they are confident that “certain views were only obtainable through tweaking settings outside of the in-game client”.

“After review, there is no clear evidence that the accused player was utilising any illegal mods or texture packs,” Caleb ‘WavePunk’ Simmons, who was one of the tournament’s hosts, says. “However, admins were able to reproduce that certain views were only obtainable through tweaking settings outside of the in-game client.”

So why does all this matter? Twitch Rivals’ Minecraft tournament comprises several minigames that involve things like scavenger hunts and general minion bopping. As you’ll see in the tweet below, though, Tfue’s level of brightness gave him certain advantages in spotting things deep into the ocean, for example.

So Tfue's team got dropped from 1st to 3rd in Twitch Rivals because of FullBright. Thoughts? The rules did make clear "Vanilla". You can set this brightness by editing the options.txt file without a mod, but you can't get this w/ just in-game settings. What do you think? pic.twitter.com/b9HMKhIzH2

In the end, Team Tfue had six points knocked off their total, which accounts for each round they had the advantage in. That was enough to take the competition away from them, with the winner taking home the top prize of $12,000. Tfue seems to be taking it in good spirits, at least.

WE JUST WON TWITCH RIVALS AND THEY DISQUALIFIED US BECAUSE MY BRIGHTNESS WAS TOO HIGH????

If you’d like to see some more Minecraft mods that you probably shouldn’t use in a competitive setting, you know where to click.