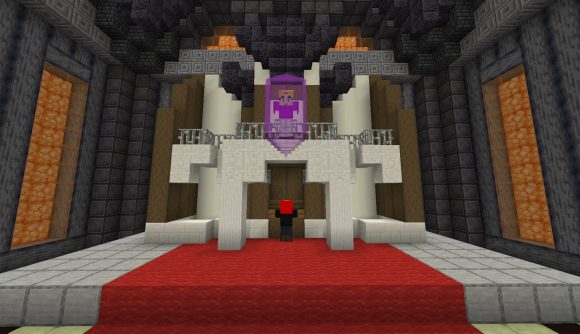 Minecraft is proving to be a nifty tool for remaking old games on PC of late. Players are busy recreating the original Destiny in Mojang’s building game, and Doom is getting similar treatment. It doesn’t stop there, though, as one busy builder is close to completing a full remake of The Legend of Zelda: The Ocarina of Time.

The map’s creator, Rivero, tells us the project is “essentially an exact replica of Ocarina of Time” with bosses, story, and items all accounted for. There are a few exceptions to the rule, such as reliving battles or the Master Quest mode, but everything else you remember should mostly be there, albeit with a blocky twist.

Some other quirks have come from the game being rebuilt in Minecraft. Rivero explains that enemies only respawn when you leave the entire area, and that people will only react to your mask if it’s part of the quest. The ocarina also doesn’t use specific notes to play songs, so two side quests – the Skullkid and Frog songs – have been tweaked. If you’d like to see the full list of differences, you can check out the project’s Discord.

Rivero has been at this for a long while, too. He initially kicked things off back in 2013 after being inspired to give it a go after seeing others attempting to recreate OOT in Minecraft. Charmingly, Rivero keeps a timeline in his Discord server of his various milestones, too. While he started creating this on Xbox 360, he swapped over to PC and began rebuilding everything in 2016.

Recreating a beloved classic in Minecraft comes with myriad challenges. For Rivero, going it alone and the quirks and design of the game proved tricky during his time bringing Ocarina of Time to PC. 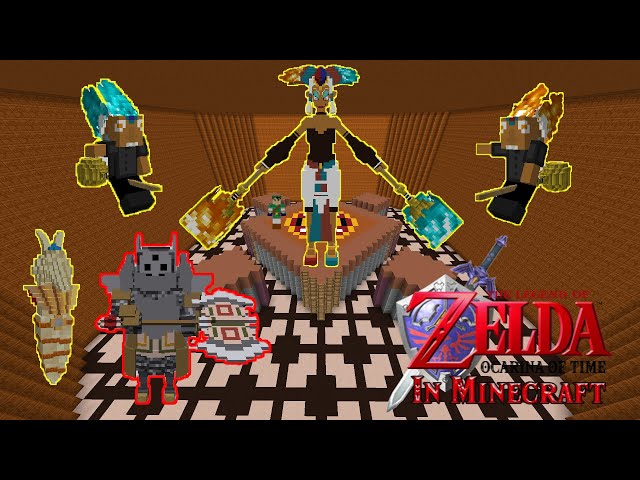 “Back when I first started, it was just getting the motivation,” he says. “It’s a pretty daunting task when you attempt to make an entire game by yourself.

“Though, more recently, I’d say it was creating fog in the Haunted Wasteland, which is a place the player has to go through to make it to one of the dungeons. Creating the fog was very difficult because it required me to learn how to make shaders without mods since the whole map is purely vanilla Minecraft.”

The free-to-play project isn’t quite done yet, but Rivero tells us he’s hoping to have it out by the end of the year, but “hopefully sooner”. In the meantime, though, you can download a free demo to play up to the point where you find the Master Sword, though a few things are missing.

If you’d like to play more, you can support Rivero on Patreon for $1 and experience “everything except Ganon’s Castle”. The final version will be free, but the option is there if you fancy it.