There’s something about a game coming pre-installed with a computer OS that seems to undermine its credibility.

If you’ve owned a PC over the past 20 years, there’s every chance you’ve sunk at least a few hours into Hearts, Solitaire, or Minesweeper. But so often we find ourselves framing such games as a guilty pleasure, or find some other way to excuse ourselves for playing them. You were really just waiting for a download to complete, right?

Regardless of their regard or lack thereof, pre-installed PC games – along with early mobile ones like Nokia’s take on Snake – are some of the most well known and broadly played there are. And before we had endless smartphone releases to distract us, there was a case to be argued that Hearts and its Windows peers sucked in more human hours than any other games; long before ‘casual’ was a dirty word, everyone from grandparents to office workers were sneaking in ‘just one more go’.

Minesweeper, surely, is the finest of these pre-installed time sinks. For one, it isn’t based on a traditional card game, and secondly, it is a remarkably graceful deductive logic puzzler. 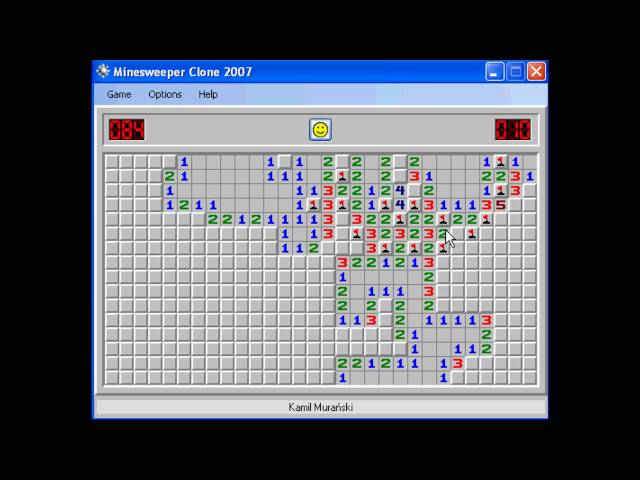 The rules are simple. Players must clear a grid of blank squares, under which some are hidden mines. Various squares will reveal a number on being clicked, denoting how many adjacent spaces contain a mine. Hit a mine and it’s game over. Clear the grid and you can reward yourself with a quick extra game.

Beyond OSes, Minesweeper variants can be found in Jagex’s MMORPG Runescape, the Telegram messaging platform, and even in Hewlett Packard’s glorious HP-48G graphic calculator.

The classics: Relive the best old games on PC

Microsoft Minesweeper, however, must be the most engrossing. Simple controls and a clear UI offer the capacity to solve grids at terrific speeds, to the point that playing the game can lull you into an all-consuming meditative state. Anybody who’s had a Minesweeper session like that will know the feeling of your mouse hand working in concert with a deep, instinctive level of your brain, clearing mines more quickly than your conscious self can register each decision. It just goes to show you don’t need a detailed open world, exquisitely refined narrative, or convincing characters to experience pure, blissful escapism.

With the western Sudoku craze at its height, it was inevitable it would make the counter-technological leap from computer to pen and paper. In the early-to-mid 2000s, Tentaizu stared to appear. You didn't need a computer to play it, but as far as we can tell it was only published in Southwest Airlines' magazine Spirit between 2008 and 2009, meaning investing in a flight (and, now, a time machine) to have a go.

Minesweeper is so good because it offers a fast track to getting outside of yourself, to settling a troubled mind, or to simply take a break from being. It’s also a fascinating game because it has evolved alongside the very medium of videogames, almost since its inception.

Minesweeper as a digital entity began life in the 1960s and through the 1970s, when those experimenting with mainframe computing were establishing coding conventions, exploring interactive design and looking at ways in which humans could interface with computers. Look back 50 years, and you won’t find much that looks like Microsoft Minesweeper, yet pioneering programmers of the time were building games that set the foundation. 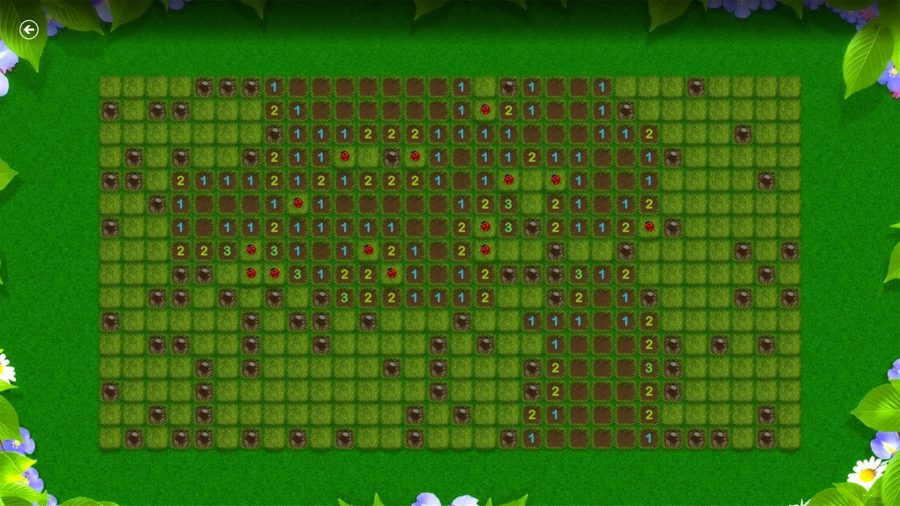 The most famous example might be Cube, which was submitted to Creative Computing magazine by a programmer named Jerimac Ratliff, before seeing publication in the 1973 book 101 BASIC Computer Games. Having typed out the lines of code from the book into their computer so as to play Cube, users would avoid mines hidden behind squares. As such, Ratliff’s effort is likely the first shared game to feature mines obscured on a grid.

In the years that followed came the publication of proto Minesweeper game Minefield, which was a lot closer to the Microsoft version, and could be transcribed from a 1982 issue of Sinclair User magazine. In the following months and years designers zeroed in on the Minesweeper form, with releases such as 1983’s ZX Spectrum title Mined-Out, which refined the notion of displaying proximity to other mines.

For more affordable thrills: Check out the best free games

Minesweeper as we know it didn’t really blow up until the early ’90s, though. In 1990 a developer named Curt Johnson ported his aforementioned OS/2 Minesweeper to Windows, seeing it released that year as part of the Microsoft Entertainment Pack 1. Two years later it was included as standard on Windows 3.1, and was provided unchanged until a refresh for 2006’s Windows Vista. Minesweeper vanished from standard Microsoft Windows OS with Windows 8 six years ago, but to this day you can download it for free from the Microsoft Store.

So you better get doing exactly that. Because what else can a Windows PC be used for?