Mionix first demoed the prototype of their heart rate monitoring Naos QG smartmouse at the CES trade show back in 2015 and, nearly two years later, we’re about to see it finally launch. The Naos QG is officially getting released at the end of October.

Will it be able to knock the Logitech G900 of its perch as the best gaming mouse?

The new Naos QG will be utterly familiar to anyone who’s ever laid eyes on previous iterations of the popular Naos range of gaming mice. The rigidly right-handed rodent has been ergonomically designed to rest snugly within a palm grip and Mionix haven’t changed the aesthetics of the latest design one jot.

What has changed though is its IQ. The Naos QG is the smart one in the family, the Mensa member amongst the otherwise dim-witted bloodline. Mionix have added a biometric sensor to the Naos QG along with something called a Galvanic Skin Response Sensor (GSR). Between them they’ll track both your heart rate as well as just how sweaty your palms are getting mid-game. 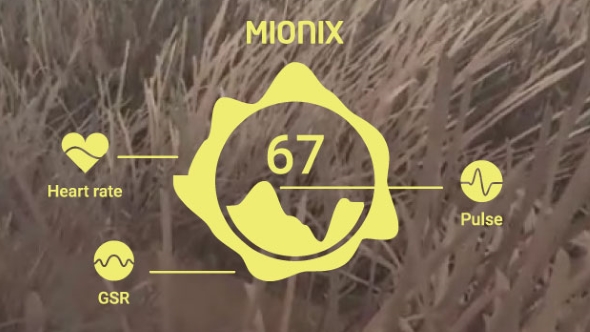 This information can then be displayed on-screen during your gaming session to keep track of how you’re coping, but can also potentially be deployed in a competitive environment to get a bead on how your teammates are coping too. Yup, Mionix is giving you actual hard data to use to berate the weakest member of your DOTA 2 party. That’s not going to get brutal at all, is it?

The Naos QG will also feedback information on your click rate – the number of commands you can execute per minute – as well as the distance and speed your mouse moves over time for that real MOBA geek out. 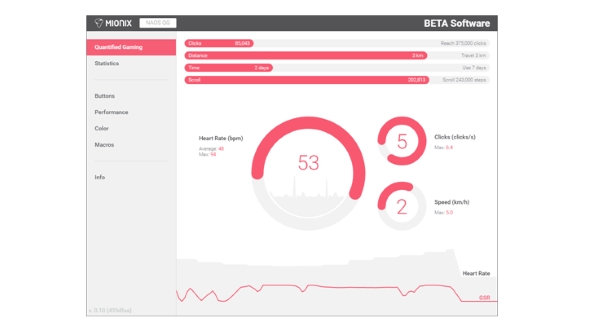 There are also potential gameplay uses for the data too, with the possibility that a game could take the biometric information fed to it by the Naos QG and use it to really turn the screws if it notices you getting super stressed. Imagine if Alien: Isolation knew how much it was freaking you out and was able to time the jump scares to when your nerves were really frayed. Not sure I could cope…

The rest of the Mionix Naos QG though is standard 2016 gaming mouse fare. Now the Logitech exclusivity deal has expired everyone is jumping on the excellent Pixart PMW 3366 optical sensor, and Mionix are no different. It’s an outstanding sensor, delivering peak DPI levels of 12,000 with zero acceleration and impressively accurate tracking.

And, of course, the Naos QG has got a customised LED lighting system with *yawn* 16.8 million possible colour options. 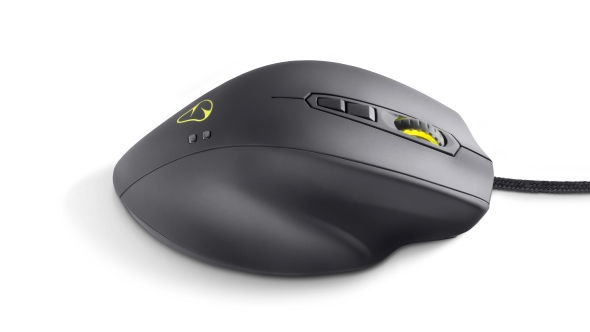 The Mionix Naos QG is available for pre-order now, launching on October 28 with a €130 price-tag. That’s likely to translate to around $150 or £120 in proper money.