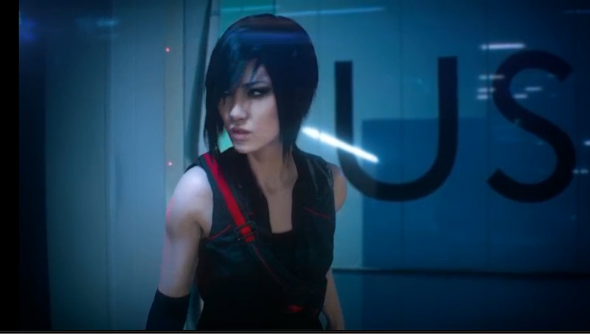 At EA’s press conference at Gamescom, an early mission from Mirror’s Edge Catalyst was shown off. Described as the spark point for protagonist Faith, it begins her journey from disinterested to fully-involved rebel.

The footage is instantly familiar, feeling just like the original game, but those open spaces thanks to the open world are far more apparent. Faith crosses whole blocks rather than just rooftops, and infiltrates buildings seamlessly by sneaking through windows. The building she infiltrates feels a lot more dystopian to what we’ve seen before, with dark lighting reflecting beautifully in the glass panels of the office. Combat is incredibly tense and kinetic, with Faith spin-kicking men through glass panels.

Story is told through in-engine cutscenes rather than the cartoons of the original, and will quickly swap between gameplay and story.