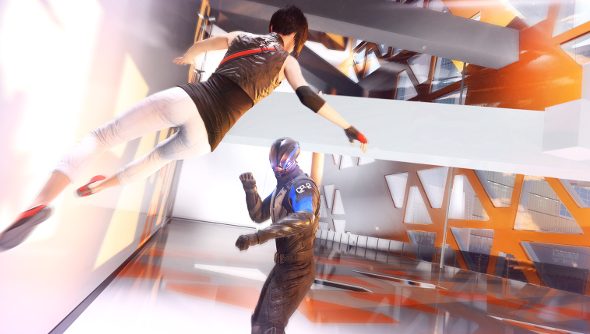 Good things come to those who wait. Oh, and those who like to pay subscription fees. Yes, as was revealed a couple of weeks back, EA has opened up the first six hours of Mirrors Edge Catalyst on PC for EA Access subcribers, starting right now.

2016 is a big year for games. Check out our top picks for the year here.

It may only be a few days until the game comes out proper, but EA is happy to give its loyal fans a taster of what’s to come ahead of time, albeit locked to six hours of play, ten missions to take on and two areas to visit.

Nevertheless, if you like what you play and decide to buy the full version, your progress will carry over, meaning you don’t have to start from scratch. Unless you want to, of course.

Not an EA Access subscriber but can’t wait to dip your toe into DICE’s latest epic? Fear not. One smart YouTuber has uploaded the first 20 minutes of play for the whole world to sample, and it looks just as pretty as we predicted when we had a look at the launch trailer last month.

Catalyst is the first big game in the series since the original Mirror’s Edge back in 2008. Though widely praised by critics, reports suggested sales didn’t come in at quite the level EA predicted. Nevertheless, EA revealed around 2.5 million copies had been sold worldwide as of late 2013, and hopes for Catalyst amongst the series’ fans are understandably high. We’ll be divulging our impressions of the PC port in the near future.