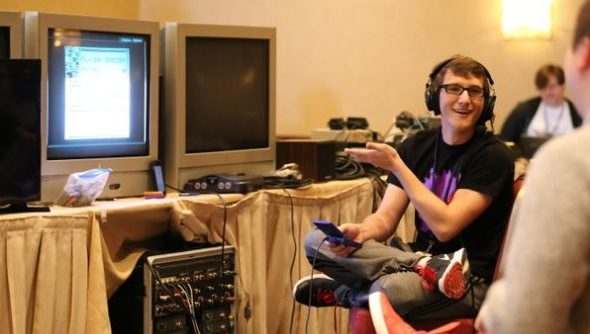 Wonderful charity event Awesome Games Done Quick has finished for the year, raising another seven-figure sum for charity and paving the way for another edition of Summer Games Done Quick in a few months. Now the event’s done, we can cherry pick some of the best PC-based runs and celebrate mastery, speed and genius all at once.

With no original Half-Life run for me to gravitate towards, I experimented with watching some new stuff and gosh, I’m glad I did. This Mirror’s Edge circuit is easily one of the best speedruns I’ve ever seen (skip to 12:05 if you want to skip the setup):

There’s a few keys to a good run, and none of them can be deliberately designed. Length is part of it – as much as I love watching Final Fantasy speedruns, under an hour is optimal for holding my attention. First person games are great, because they’re so familiar in structure and often have the weirdest things happening. Bugs are the core though. The ‘trick’ is to not have anything so fundamentally broken that playing the game is no longer part of speedrunning it, but ones that are interesting, varied and common enough to provide spectacle and require skill. If they can also look great, funny or otherwise, that’s a bonus.

Mirror’s Edge’s engine does spectacularly well, unsurprisingly being designed for speed means it has just enough odd physics glitches and weird options to constantly surprise. It’s also ludicrously hard, different every time and almost all action, with next to no downtime and even less in a perfect run. I’m not sure if I love it quite as much as a good Half-Life run, but it’s close.

Another that caught my eye was this run of Wolfenstein: The Old Blood. Sadly it doesn’t go perfectly, but some of the bugs are so magically unexplainable that I couldn’t help but laugh.

I also checked these out:

Bonus console ‘run’ is this glitch exhibition of Pokemon Blue, which sadly doesn’t have a YouTube mirror yet so you’ll need to struggle through Twitch’s VOD service. It’s marvellous, and amazing that the game is still breaking in new and exciting ways two decades later.