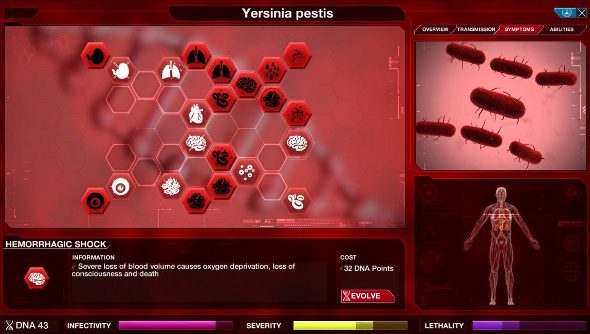 It’s a bit creepy just how many browser and mobile games are built around the concept of designing and spreading a deadly plague throughout the world with the single goal to eradicate mankind. Plague Inc is one such game, and a popular one at that. It’s been downloaded 25 million times and is now spreading to PC via Steam Early Access, February 20th. 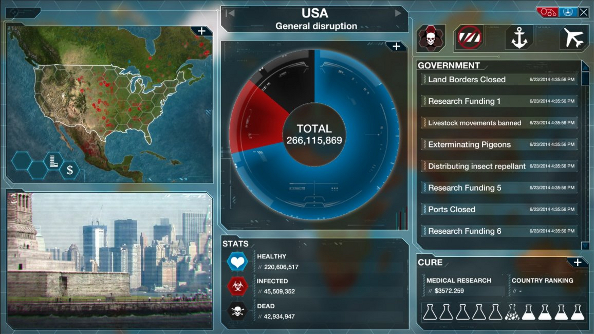 This shiny new PC version throws 3D models into the mix, revealing the grisly plague and the effect it’s having on the human body, and cameras situated in cities show just how much terror you are spreading. People running around vomiting blood on each other, cats and dogs living together. Madness.

Plague Inc: Evolved will also feature cooperative and competative multiplayer where you can try to develop the most deady virus in the shortest space of time or help each other put a stop to cures.

The Evolved edition comes with a custom content creator, letting disease-makers craft their own scenarios with new plagues and user-created worlds before putting them up on Steam Workshop. I can’t help but feel this is only going to create the next generation of super villain biologists.