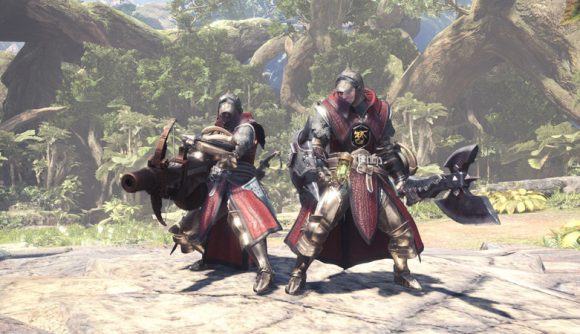 Monster Hunter World: Iceborne heads to Steam January 9, and PC-based hunters will need to be ready when it drops. The new Hoarfrost Reach zone begins right where Monster Hunter: World left off, and it’ll expect you to have endgame gear to take on its new monsters and challenges. If you’re a bit behind, there’s good news: Capcom has introduced a new ‘fast track’ set of gear to the base game that’ll let you speed through Monster Hunter: World’s base campaign.

The Defender alpha armor set and Defender weapons are now available to all Monster Hunter: World players. You can select them as a starting equipment option while creating a new character, or find them in your item box. If you’ve already got an established character, you can purchase the armor from the Armory for 300 zenny per piece – a pittance if you’ve been playing for any length of time. Defender versions of all weapon types can be forged at the Smithy for one piece of iron ore each, and these can be upgraded up to level five.

You don’t need to have pre-ordered Iceborne have access to this new gear, it’s worth noting.

Here’s a video that shows off the new kit: 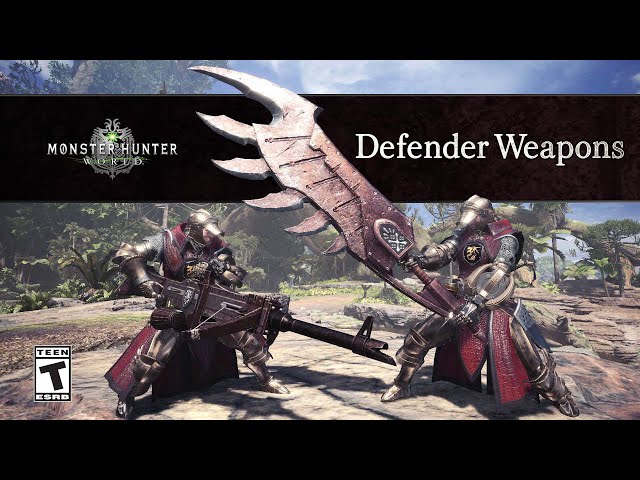 The Defender alpha set includes skills that make you far more survivable in combat and help boost your stamina. Melee weapons have a significantly increased attack value and sharpness rating, which means you won’t have to be reaching for your whetstone nearly as often while doing massive damage. The ranged Defender weapons similarly have better stats across the board.

This gear set is ideal for players who have fallen out of Monster Hunter: World and want to catch back up with their multiplayer group in time for Iceborne. Leveling up the Defender set will let you take on quests all the way into MHW’s endgame, so you won’t need to go searching for arcane materials or poring over upgrade paths to work out which gear you even want to work on.

The drawback is that this gear upgrade loop is what makes Monster Hunter: World tick, and breaking the gear grind robs the game of a lot of what makes it so appealing to its fans. Plus, foraging for rare materials does double duty as training for the harder fights that come in the endgame.

That much to say, proceed with caution with the Defender’s gear. It’s just the thing, though, if you need a bit of a boost to get up to speed in time for the Monster Hunter World: Iceborne release date.