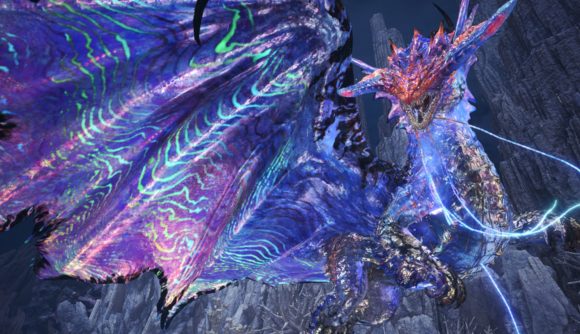 Monster Hunter World updates are finally in sync across PC and consoles – but that bit of good news comes just as the game’s future additions get an indefinite delay due to COVID-19. The next big stop on the Monster Hunter World: Iceborne roadmap was Title Update 4, originally due to launch in May. Now its release is ‘to be determined’.

“Unfortunately, coronavirus related impacts on production have made it necessary to postpore the release of the fourth free title update for Monster Hunter World: Iceborne,” Capcom says on Twitter. “Voice over production for the Italian, Spanish, and French language versions have also been affected, and will be replaced with simplified recordings.”

Title Update 4, featuring the return of the monster Alatreon and associated armour sets, no longer has any specific release window. May updates will still bring us an event quest featuring Arch-Tempered Namielle, as well as further events setting the stage for Alatreon. Capcom says the availability of “most” event quests will be extended “for the foreseeable future”.

Update 13.5, released just last week, was the first Monster Hunter World update to be launched at the same time on both Steam and consoles. Previously, PC updates had come months after the console versions – now it seems we all get to feel the impatience of delayed updates. (Jokes aside, we wish the best to the folks at Capcom – and the rest of the industry – working during this pandemic.)

We’ve updated our Title Update Roadmap to reflect these changes in production. pic.twitter.com/CZEsxku2oU

Check out some other co-op games (or dragon games and dinosaur games) to scratch that Monster Hunter itch while the devs work to get this update out the door.