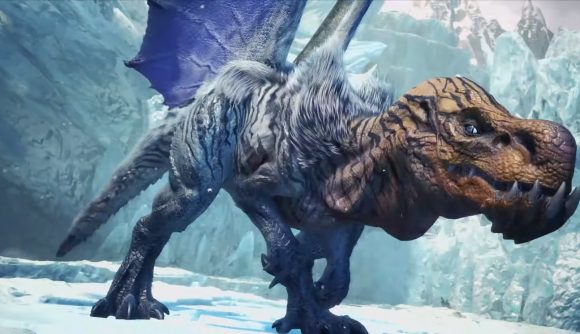 Earlier this year, Monster Hunter World: Iceborne made the leap to PC from consoles, with Capcom announcing at the time its Steam release helped push the expansion past four million sales. Now, close to the end of the year, Iceborne has shipped 6.6 million units across all of its platforms.

Capcom updated its sales ranking site with the new numbers today, as Gematsu notes. That’s up from the five million announced back in March, so even if Iceborne isn’t selling as fast as it once did, plenty of new players have been jumping in.

Base Monster Hunter World sales hit 16.4 million units sold in today’s update, further cementing its position as Capcom’s best-selling game of all time. According to the statement in March, the long-running Monster Hunter series as a whole has had cumulative sales of over “62 million units, as of March 13, 2020”. That’s a whole lot of units.

The term ‘units shipped’ historically refers to products that have been shipped to stores – there’s no guarantee that those retail units have actually sold through to consumers. However, modern digital distribution has made that distinction less worthwhile over time. (Certainly, there are no Steam copies of Monster Hunter sitting in a warehouse.)

SteamDB shows that World has continued to post excellent player counts even after it got its final major update, so there’s clearly no stopping the Monster Hunter train.