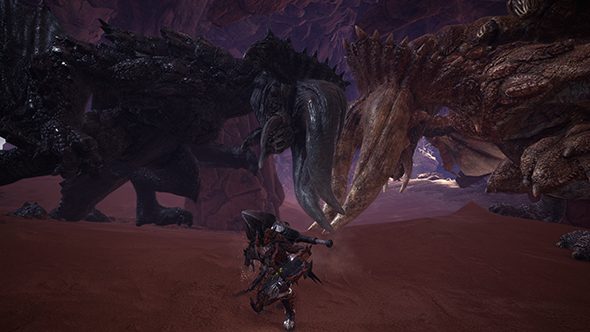 The wait for Monster Hunter: World to hit PC is almost over, as we only have a month to go until the port’s release. It’ll put your computer to work, too, with some fairly stiff recommended specs to reach 1080p at 30fps – and that curious phrasing had some fans wondering if the game would have frame rates capped at 30.

But worry not, because if your hardware can handle it you’ll be able to play the game at 60fps. You’ll also be able to push your resolution up to 4K. No word yet on whether you’ll be able to exceed either number, as Capcom has simply shared a screenshot of the settings menu confirming those two options.

Hunt with your friends in the best multiplayer games on PC.

You can see the full suite of graphics settings on the Capcom blog, and they’re pretty extensive. You’ve got the usual suspects like ambient occlusion and texture quality, and more granular options from resolution scaling and screen space reflections all the way to foliage sway.

The question remains whether owners of high refresh monitors will be able to take advantage of uncapped frame rates, but Capcom apparently has nothing to announce on that front just yet. On consoles, Monster Hunter: World had no frame rate cap – a point of contention for those annoyed by highly variable levels of performance – though it struggled to reach 60fps even using performance modes on the enhanced Pro and X machines.

Monster Hunter: World won’t offer any graphical bells and whistles not already present in the console versions, producer Ryozo Tsujimoto tells PC Gamer, but the developer is “considering releasing a free update after launch” to improve the visuals. Based on the current system requirements, any additional visual features would likely come at a stiff performance cost – something to bear in mind when that Monster Hunter: World release date rolls around.