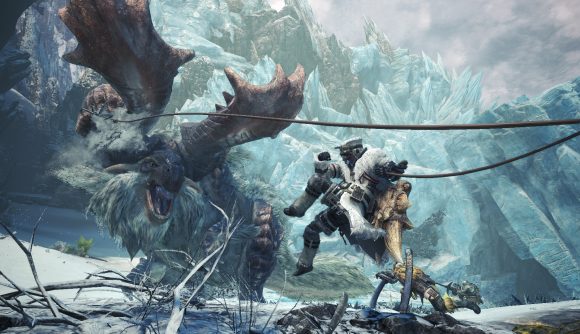 Monster Hunter World: Iceborne has now sold more than five million units, which creates a notable milestone: taken together with sales of Monster Hunter: World, the game and its expansion now account for a third of all Monster Hunter games sold over the history of the franchise.

Monster Hunter World: Iceborne was a key driver, selling more than five million units. By January this year, Monster Hunter: World had sold 15 million copies, and now the two titles together have sold about 21 million. That’s a full third of the roughly 63 million copies the franchise has sold since the first Monster Hunter launched for PlayStation 2 in 2004 – and that includes multiple editions of each mainline game in the franchise, which have appeared on PS2, PSP, Wii, 3DS, and Switch at this point.

The milestone was noted by Twitter user @DomsPlaying, who runs the site WorkingCasual.

If combined with the base game, Monster Hunter: World is now responsible for nearly 21M overall.

As Dom notes, the 5.2 million sales for Iceborne make it Capcom’s seventh best-selling individual release to date. There’s still more on the way for Monster Hunter World: Iceborne, but the roadmap has been indefinitely delayed thanks to the coronavirus pandemic.

Another big factor in Capcom’s profitability in the past year has been Resident Evil 2, a remake that outpaced total lifetime sales of the original a few months after launch. It’s pretty clear that Capcom’s bet on bringing its flagship titles to PC has been paying off.