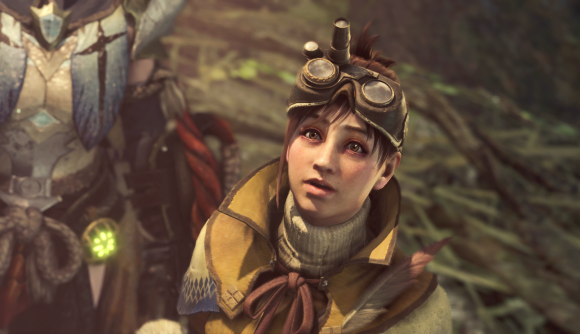 Capcom has filed a mysterious new trademark that could potentially be related to the Monster Hunter series. The trademark, filed in Europe yesterday, is for an as-yet unannounced project called Shinsekai: Into the Depths.

Beyond that name, we have little information to go on. Capcom is confirmed as the owner of the trademark, but according to the European Union Intellectual Property Office (EUIPO), no description of the product has been offered. The trademark was filed under classifications nine and 41, which relate to physical and digital game media releases (among other things) respectively.

It’s that name, however, which interests me. According to Google, ‘Shinsekai’ is Japanese for ‘New World’. Making the game’s full english title “New World: Into the Depths.” The trademark was filed in english, which may mean Capcom isn’t intending to translate it, but it’s worth noting that Monster Hunter World and its upcoming expansion, Iceborne, take place in a place called The New World. While Iceborne is reported to be the game’s only expansion, this could be evidence of a new Monster Hunter project.

Some fans, however, have focused on a different part of the trademark. ‘Into the Depths’ sounds pretty similar to Deep Down, a PS4 game announced by Capcom back in 2013. Deep Down was set to be single- or multiplayer dungeon crawler, with similarities to games like Dragon’s Dogma and Dark Souls.

While Deep Down was unveiled six years ago, players have had little to go on since 2015, when producer Kazunori Sugiura told fans that the vision for the game had expanded and the development timescale had had to be adjusted. Years of radio silence followed, but Capcom extended the trademark for the game last summer, suggesting that a team could still be working on the project.

I’m just speculating here, but it seems possible that the game that was Deep Down has been spun out into the future of the Monster Hunter series. Given how successful MHW has been for Capcom, I can’t imagine they don’t have plans for a new release somewhere down the line.