There’s the familiar clash of steel on steel. Adrenaline pumps. Sprinting ahead of my comrades, I draw my sword and swing wildly at an enemy soldier – they are blonde-haired, with a handlebar moustache. They deftly parry my attack and counter with a lethal swipe at my neck. My head tumbles to the ground and a scorecard appears: 2-3.

Over 60,000 players were in Mordhau at its peak last month, enjoying its epic 64-player tugs-of-war in which all sorts of silly antics can occur, including bot-driven bards who’ll play Despacito in menu screens and teams of shirtless brawlers. But what appeals to me most isn’t necessarily the ridiculous customisation options or the stupid encounters you’ll have, great as they are. Instead, it’s the competitive feuds that develop organically in Frontline mode.

Frontline mode tasks you with capturing checkpoints, with two teams of up to 32 players squaring off against each other. Both teams start with 1000 points, and the goal is to reduce the other team’s total to zero. Killing enemies, completing objectives, and capturing the central checkpoint are all acceptable ways of accomplishing this.

Much like in Chivalry: Medieval Warfare – a spiritual predecessor and a great game in its own right – every time you die in Mordhau, you’re shown a tally of wins and losses versus your killer, along with their name and picture. This means it’s common for rivalries to develop on the battlefield, as enemies make a name for themselves at your expense, and you seek revenge. 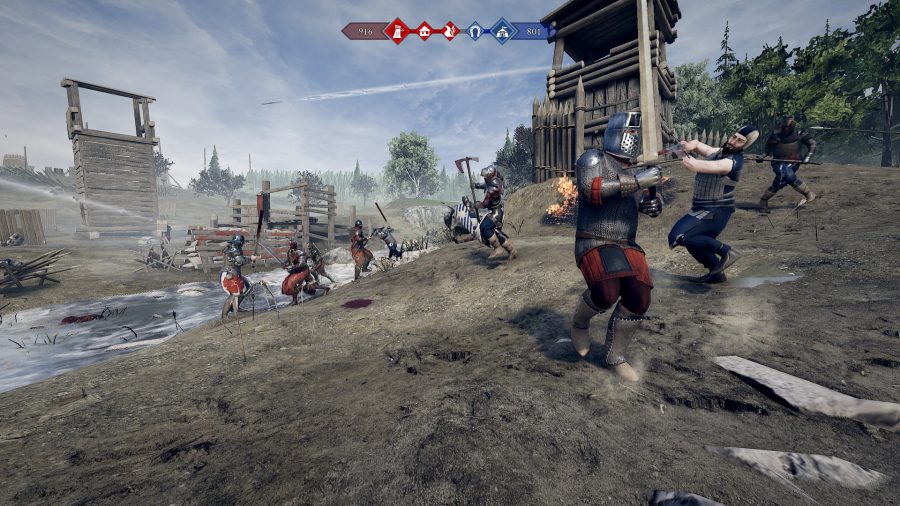 Alongside the wider goal of winning the match, in which you are part of a (hopefully) coordinated team, this adds an additional layer of motivation on a more individual level. You are encouraged to outperform others one-on-one. You aren’t just some nameless grunt destined to die in a ditch somewhere in a push for territory, but a soldier with your own personal grudges to resolve on the battlefield.

Mordhau features a bunch of pre-made character classes for players to pick from, but it’s much more fun to design your own in the armoury. From club-wielding barbarians to foppish bards, the character customisation tools allow players to inject a little bit of silliness into battles or roleplay as their favourite characters.

It’s not an objective in the mechanical sense, and yet it’s an objective. There’s no reward tied to a positive K/D other than pride, yet pride is reward enough. These smaller battles may be secondary to the wider conflict around you, but for me, they’re essential to Mordhau’s appeal. They give you a narrative arc over the course of a match that’s all your own, distinct from the rest of your team, as you hunt down your killer in pursuit of revenge.

After reattaching my head, I return to the front line once again, and encounter the same moustached soldier from before. As the carnage rages around us, I challenge them to a fight. After a tense battle, I pull away with a victory by cutting their legs out from beneath them. We trade kills for the rest of the match, each of us making a beeline towards the other wherever possible. While my team take the match, moustache claims the smaller victory. But our feud doesn’t end there; it continues into the following games, recurring in snowy tundra and forested military camps. 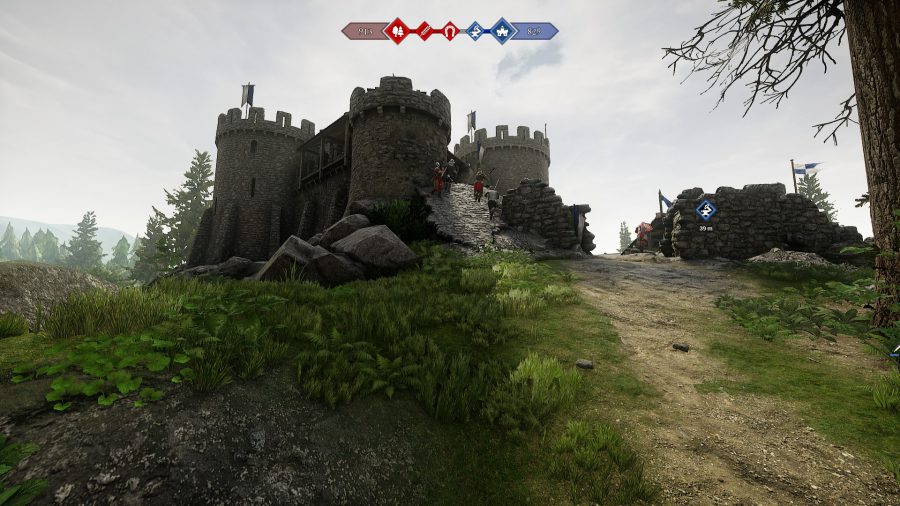 In the end, it all came to a head at Grad, a castle map with farm buildings, high fortress walls, and snaking underground passageways. Having been narrowly beaten in the last game and still trailing by a few losses overall, I was determined to steal a victory back as a point of honour.

It was looking good for my side. We had charged the castle and were preparing to take down the warden. Another player and myself were holed up in one of the towers, waiting to attack, when the door flew open and moustache emerged, weapon drawn. My comrade charged them first, and was quickly killed. Fool. I play defensively, hanging back, blocking their attacks, waiting for an opening. I swing wide in hopes of getting past their defences. Eventually I outmanoeuvre them, stepping behind and landing a couple of blows. Moustache falls down in a heap, and within the next few minutes my team had accomplished the objective, landing me sweet, decisive victory at last. 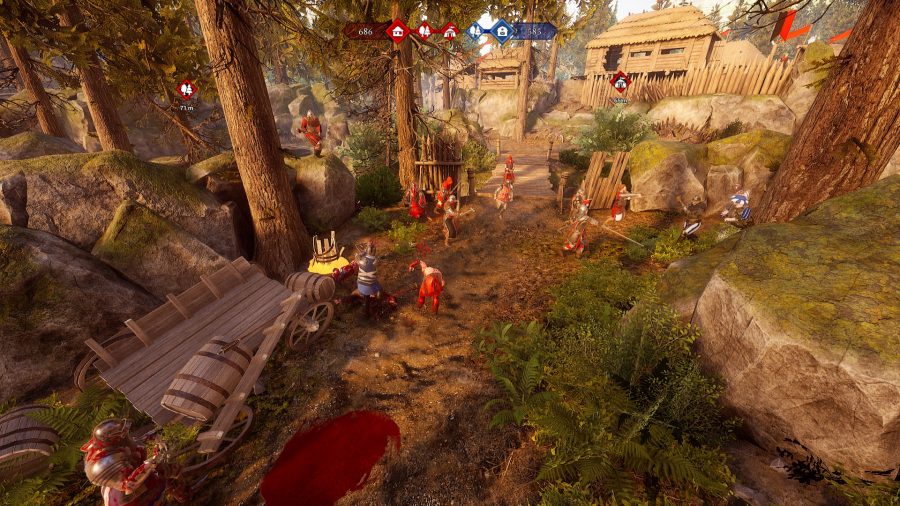 It is these experiences that keep me coming back to Mordhau. That, and the many moving parts, which ensure fights never play out in quite the way you expect them to. Squaring off against a player in another match, for example, I try to initiate a duel, but am rudely interrupted by a horse that rides right through our showdown, sending us both flying across the map. On other occasions I’ve challenged players to a fight only for them to step backwards into a bear trap, fall off logs into rivers, or get crushed by falling guard towers.

Looking to settle some scores? Check out our Mordhau guide

Mordhau is an incredible story generator, which is likely why it’s managed such broad appeal. It isn’t just a Medieval combat sim, but a game where every match is punctuated with heroic deeds and embarrassing failures. Pair that with enough emergent elements to keep things fun and unpredictable, and developer Triternion is clearly on to something great.