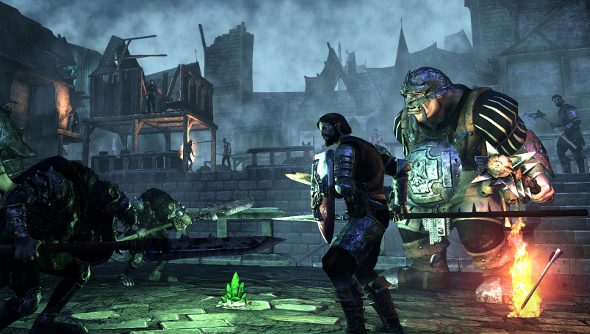 When it comes to Warhammer video game adaptations, it’s usually Space Marines this, Orks that, with the spotlight firmly fixed on the 40K universe. Mordheim bucks this trend, by not only being set in the fantasy Warhammer universe, but also by being based off the spin-off of the same name.

It’s a turn-based tactical RPG where warbands of rats duke it out with imperious humans and loopy cults in the ruins of the titular city. It’s about to hit Early Access, and you can see it in action below.

It’s not unlike Valkyria Chronicles, but dirty and miserable and plagued by demons – all good things.

A single-player storyline takes player-made warband through specially made maps, while skirmishes against the AI and human opponents also get procedural maps along with a few unique ones.

If one of your warriors, smelly Skaven or crazy priests die, they are gone forever. But if you’re lucky, the wounds they receive might not be enough to completely kill them and they’ll just lose a limb.