“This has never happened before,” mutters bemused X-Com creator Julian Gollop. Again. He’s playing an early version of Chaos Reborn, and nothing seems to be working for him. Arrows go amiss; spells intended to summon elephants and eagles and demon dogs crackle anticlimactically into nothing. Minutes later, I’ve won my first ever match of competitive wizard battling. You might generously consider skill to have been the deciding factor, but more sensibly you could credit the dice. Percentage chance. Randomness. RNG.

Like to steer the odds in your favour? Some of the entries on our best strategy games list will surely be for you.

If you’ve heard that acronym before, it was probably preceded by the words “too much” and formed the backbone of a complaint. Random Number Generation factors into the maths behind an awful lot of D&D-indebted PC games, and it’s something computers are spectacularly good at. Ask a human being to pick a number between one and 10 at random and they’ll fail – shying away from the extreme ends in favour of a moderate option. Your PC isn’t capable of overthinking. 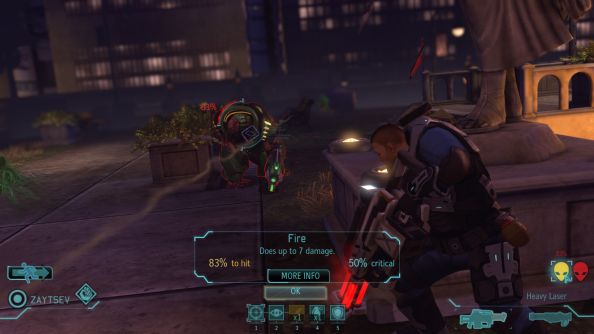 Yet PC gamers’ aversion to RNG is well-founded. Many of us come to games for control. In games alone we can steer our own destinies, dream up strategies for success and set them in satisfying motion. Single-player fantasies in particular will almost always guarantee that you get what you want in return for a bit of hard graft. Put too much power in the dice, and you’re going against a design principle common across most of videogame development: don’t give the player any reason to blame the game for their failures, or they won’t come back.

Has something changed? Perhaps the first D6 was planted three years ago by Firaxis’ XCOM, which introduced a generation to the shock loss of a beloved playing piece. Certainly Steam has filled up with dice-chummy games this year: not just Chaos Reborn, but Blood Bowl 2, Mordheim and Massive Chalice. Hearthstone’s Grand Tournament expansion continued the CCG’s blossoming relationship with randomness, too.

“We really think randomness is part of what makes Hearthstone fun and interesting,” said producer Yong Woo in defence last year. “What [RNG] does is force you to problem solve in circumstances that you never thought you’d be in. It becomes an interesting, novel decision to have to make. And I think it gives high-level players a tremendous amount of space to differentiate themselves in their level of thinking and skill.” 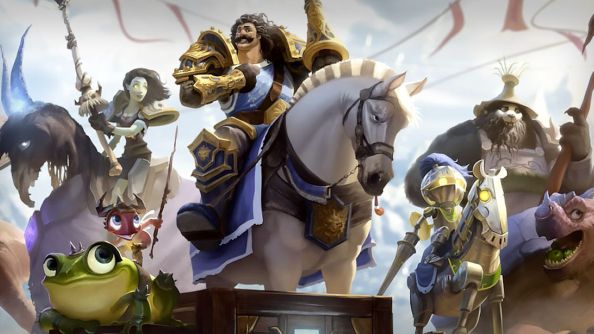 The best games that incorporate randomness aren’t random, you see. Not really. One Hearthstone pro at DreamHack Stockholm told me that expertise lies in minimising risk. The same is true of Blood Bowl, where a turnover rule hands control back to your opponent the moment the rolls fail to go your way – often when your ball carrier lands on his arse. Disaster. It behooves coaches not to get overexcited; to hold off on a compelling sprint up the pitch and make their plays in inverse order of likelihood-to-go-tits-up. If you play Blood Bowl 2 online, you’ll hear players send curses and prayers to Nuffle, the fickle Chaos god of the dice invented by long-suffering veteran coaches.

There are even more extreme examples from Games Workshop (who once published Gollop’s Chaos and share his design philosophy) available on PC. Chainsaw Warrior and Talisman offer near-helpless players only occasional chances to tip the scales. In the latter, you roll a die to move, pick a random card to find out what happens and, should the card depict a monster, roll more dice to determine who wins. If there are bandits on the card, good news: you don’t need to roll anything – just hand over all of your scraped-together gold.

It sounds awful, this sort of gaming. And by Nuffle it can be, especially when it’s so often coupled with the cruelty of permadeath. No doubt you’ll have an XCOM soldier in mind, felled during your first encounter with a Chryssalid or Muton. You couldn’t have known. Two days ago, my Skaven warband saw their leader’s arm ripped off in a skirmish with a hammer-wielding Sigmarite. And this morning, my star blitzer fell on his scaly back attempting to sock it to a spiky dark elf, permanently piercing his own carapace. 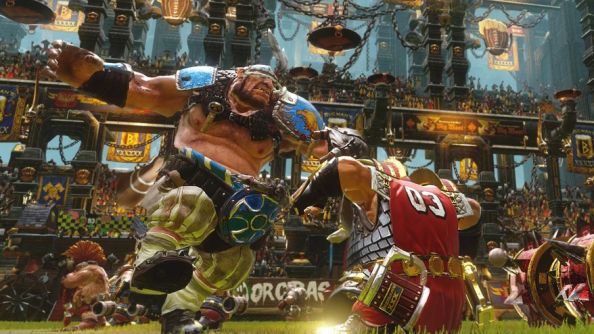 But there’s so much to be said for surprise. The tension of an action committed without knowing the outcome. The joy that comes from a touchdown scored after your runner’s already dodged two beastmen and opted to “go for it”, knowing they could just as easily be splayed in the mud.

In its extremity, Talisman actually amplifies RNG’s potential for emergent storytelling. Who would think to write the wizard who faces down dragons – but winds up blind drunk in the corner tavern every few turns, fistfighting with farmers? I should point out that Talisman’s digital edition has long since sold over a million copies.

It’s a hard ask, when we’re spoiled by deterministic games, to accept defeat at the hands of the dice. It’s a longer process, learning to laugh as your plans unravel, when you’re sat alone at your desk and not around a tabletop with friends. But you’ll never forget that XCOM soldier, or the gamble that landed them on the Memorial Wall back at barracks. And oh, the stories. That ratman? He’s learned to live without the limb. In fact, his new grasp of balance has vastly improved his chances of dodging a swung sword. Perhaps that next roll will be better.