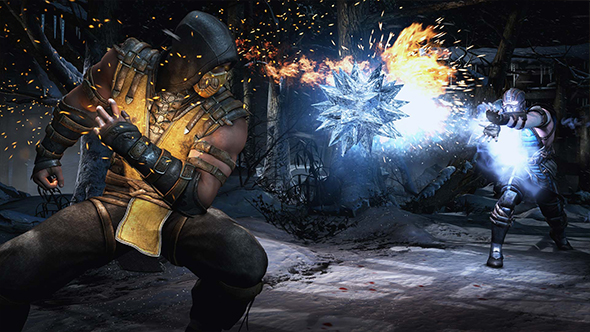 Fighting game developers NetherRealm have been on a steady schedule since they launched the softly-rebooted Mortal Kombat in 2011. Every two years brings a new game, alternating between DC superheroes in Injustice and the violent action of MK. That schedule would put the next Mortal Kombat at the second quarter of 2019, which means it’s just about time to hear some details.

Assuming, of course, that the as-yet-announced game exists. Series director Ed Boon knows those expectations, and he’s having fun with them. In response to a fan request for a new Injustice fighter pack, Boon asked “You know what ELSE would be kool…..?”

Get it? He spelled “cool” with a K, just like the “combat” in Mortal Kombat, if you’re having trouble with that “two plus two” equation. Boon also claims to not understand why he’s being called a troll, but I think we all know the truth here.

Given NetherRealm’s aforementioned clockwork schedule, it would be more surprising if we got through E3 this year without the new MK being confirmed. There’s still room for surprises, though. We could see another MK vs. DC, or given the appearance of guests like Freddy and Leatherface, maybe even the oft-speculated MK vs. Horror game we’ve dreamed of.