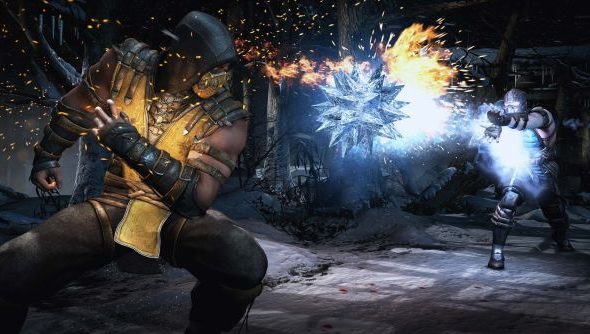 A new trailer for NetherRealm’s upcoming Mortal Kombat X has revealed a new Faction War system. Players will be able to join one of five factions, fighting for their dominance through battling AI, other players, and through random day long events. At the end of each week, a winning faction will be announced for all to see, before the whole thing starts again.

The amount of game modes within Mortal Kombat X is rather staggering: story mode, 1v1 ranked, king of the hill, survivor mode, test your luck/might and dynamic towers; the latter will switch up their challenges every hour or so.

Five factions will make up the Mortal Kombat X universe: The Black Dragon, The Brotherhood of Shadow, Lin Kuei, Special Forces and The White Lotus. Players will choose from these factions and fight in their name, increasing their dominance throughout the week by battling characters and players from the other factions. Players will also be able to earn custom rewards for completing challenges exclusive to their faction.

To spice things up a bit, NetherRealms will also instigate an invasion of one of the more infamous realms for a random 24 hour period each week.

Earlier this week, NetherRealms released the system requirements for Mortal Kombat X. If you want to see how your PC shapes up, head over here for the specs.