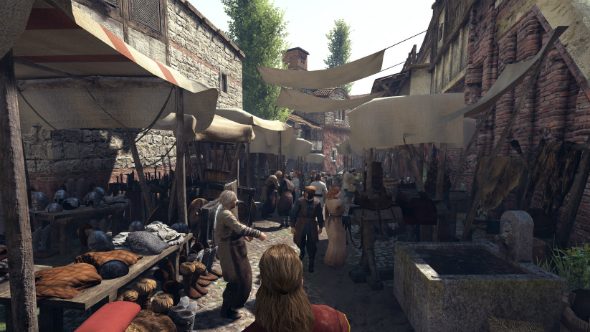 You’ve got to have both horse and sword or it isn’t a Mount & Blade game. What you also need is huge number of massed men clashing across a large battlefield. The new gameplay trailer, above, has both.

Longer versions of the gameplay trailers were also uploaded to the Taleworlds YouTube channel. The first focuses on a cavalry sergeant charging his horsemen into battle:

Then there’s the horse archer sergeant, who takes a less direct but just as deadly approach to combat, engaging from range and encircling enemy cavalry.

Here’s what TaleWorlds have to say about their combat features:

Expect more as Bannerlord approaches release – though we still don’t have a date for that.