It’s no secret that the temperature of your gaming PC directly relates to its performance. The harder your components work, the hotter they get until they risk shutting down as a safety precaution, which is why it’s best to keep things as cool as possible – and there’s nothing quite like watercooling to get the job done well.

MSI might not be the first brand you think of when it comes to all-in-one (AIO) CPU watercoolers, but it’s not just another thing in the company’s expansive repertoire. In fact, the MSI MAG CORELIQUID has been rated with a 100,000-hour life expectancy, which is over 4,166 days or 11 years of continuous use. Given that many of you don’t have your PC on all the time, it’s safe to say that number stretches even further in practice.

The MSI MAG CORELIQUID 360R comes with three 120mm PWM addressable RGB fans that attach to the radiator, complementing the company’s LED logo on the waterblock. You can synchronise the lighting using MSI’s Mystic Light RGB software, or rely on compatible motherboards and third-party software like Aura Sync. 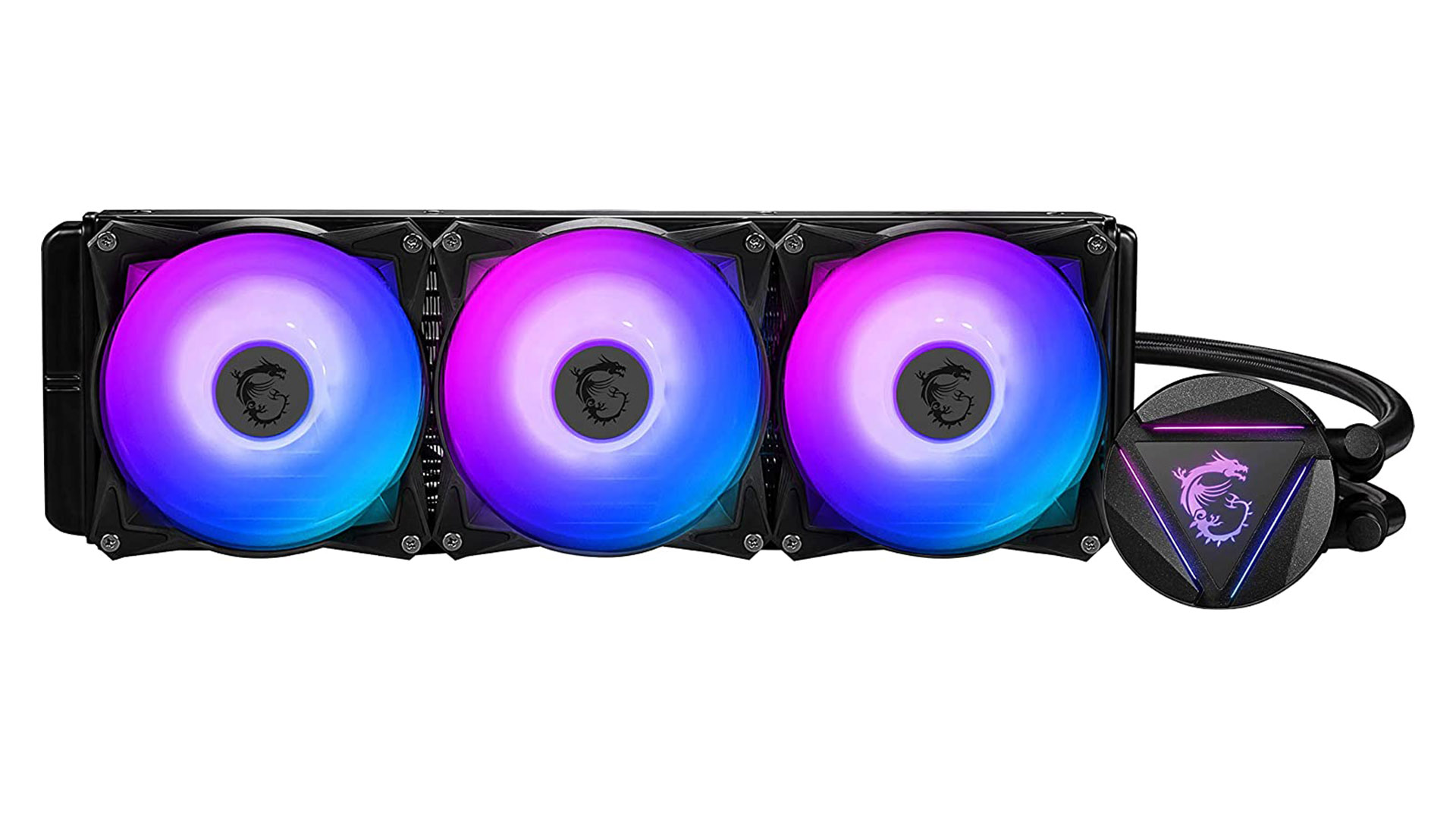 CPU compatibility is hardly an issue, as it supports the majority of Intel and AMD sockets out there, but you don’t want to jump the gun without checking whether it will fit inside your PC case. The radiator is slightly longer than 360mm, as this only accounts for the fans, so you’ll want to make sure you have 394mm of space first.

Once you do have it fitted, it should let you squeeze even more performance out of your CPU if you want to overclock, or just give you the gift of a near-silent PC experience without fans roaring to keep things cool.