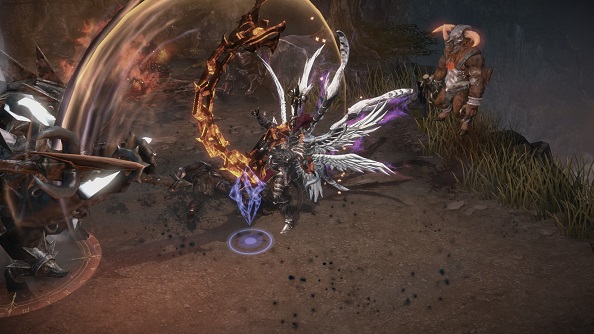 MU Legend, the sequel to the widely successful MU Online, is a stylish hack-and-slash MMO that serves as a prequel in the MU universe, as you attempt to thwart the Lord of Darkness from plunging the world into chaos. Four classes will be available to choose from in the beta, including the Whisperer, an energetic bow-wielder, and the War Mage, a spellcaster who also comes equipped with a rather large axe, with more coming as the game launches.

During the beta, you’ll be able to undertake various PvE and PvP modes from the game, including ‘Rifts’ – maps that contain randomised enemies and loot – as well as dungeons, and large-scale 10vs10 PvP mission maps.

If you win a code, you’ll need to follow these steps to redeem:

We’ve got 3000 codes for the closed beta to give away, which opens on February 21st and lasts until February 28th, and for a chance to win all you need to do is enter using our widget below. Each action gives you one entry into the prize draw, and the more actions you complete, the more chance you’ll have of winning. Simple!