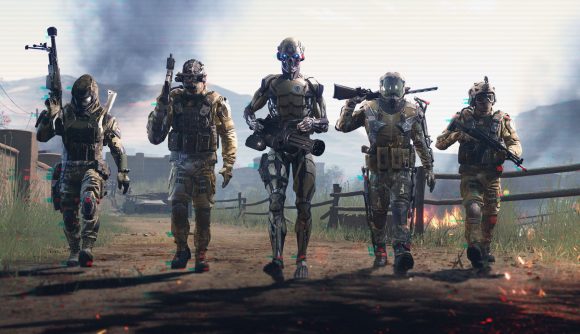 My.Games, an international gaming company and publisher behind Warface and Conqueror’s Blade, has announced a brand-new commission model it’s offering to devs that would like to distribute their titles on the My.Games Store. The plan offers a 90/10 revenue split, with the 90% going to the game developer. However, this split is only applicable to “purchases that have been made via the developer’s own advertising campaigns.”

That’s according to a press release, in which the company says that devs need to create a “trackable link” – which “can then be used in any advertising campaigns on platforms including Facebook, Google, streaming channels, and blogs” – using the store’s ‘Developer Account’ area to qualify for this split option. Game purchases made via that link will result in the 90% slice of revenue for the dev. The account also lets devs monitor things like click-through rates, paying and returning user numbers, and other metrics, the release explains.

However, My.Games also offers “the standard 70/30 revenue split for earnings generated by the platform”, too – the same as the Steam revenue split, unless a game surpasses $10 million in revenue, at which point Steam’s split changes to 75/25.

The My.Games store currently offers a mixture of free PC games, like Warface and Conqueror’s Blade, and premium games, including Tempest and Bus Driver Simulator 2019.

“This month marks the one year anniversary of My.Games,” says My.Games store head Rodion Kotelnikov. “We want to celebrate a fantastic first year by sharing our success with our developers. We will increase revenue share to all teams willing to promote their games on our platform. The metadata we provide will give them clear evidence of traffic generated by their marketing strategies.”