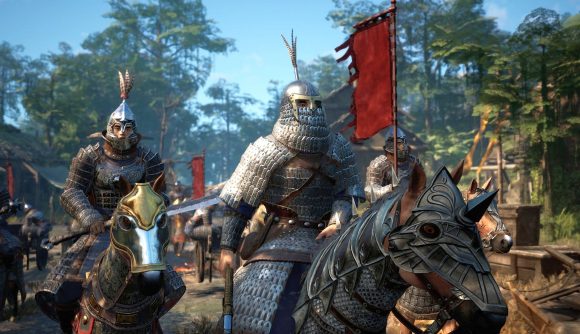 Myth of Empires is a historical multiplayer sandbox game that’s just come to Steam in Early Access – and it’s already proved a bit of a hit on Valve’s platform. A couple of weeks on from its debut on November 18, it’s snagged a place in the top ten best-selling games on Steam for the week ending November 28.

That’s according to Steam stats site SteamDB, which rounds up the platform’s best-selling games of each week every Sunday. This week’s results have already proved a bit of a surprise, with Farming Simulator 22 impressively taking the top spot, above massive new releases such as Battlefield 2042 – a feat mirrored in the two games’ respective concurrent player counts this past weekend. Myth of Empires, however, has nabbed the number ten spot, which puts it just behind FIFA 22.

Developed by China-based studio Angela Game, which was also behind January’s free-to-play RTS game Iron Conflict, Myth of Empires is set in a historical and pretty vast game world you’ll have to survive to “rise from zero to hero”. You’ll need to “survive the harsh environment, build your homeland, raise your army, and vanquish your foes on the battlefield,” as its devs explain.

Much of its gameplay hinges on war, and it sounds like you’ll take a decisive hand in everything, from crafting your own armour, taming your horses, and summoning followers to fight at your side. The game features a “variety of ingenious siege weapons” to use if the occasion calls for it, and there’s hand-to-hand combat with over a hundred weapons to try for those who want to get stuck into the action closer up. 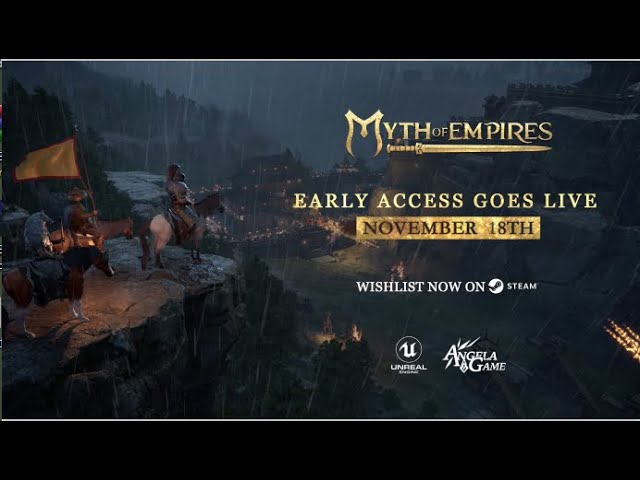 You’ll run territories, which involves planting and harvesting crops, building up settlements, and expanding your reach, though which of these paths you lean into most is your choice. You can be a fearsome, bloodthirsty leader if you like, or more of a savvy, charismatic one if that’s your style.

The game looks quite easy on the eyes, too. Screens and clips shared show a world full of gorgeous vistas, with mountains and rivers sprawling across its “64 kilometres’ simulation world”. You can check it out in the trailer above.

There’s no date given for Myth of Empires’ full launch out of Steam Early Access just yet, but you can give its current version a try on Valve’s platform right now if you fancy the look of it. It’s currently priced at £21.41 / $26.99 with a discount of 10% applied, which ends on December 1.