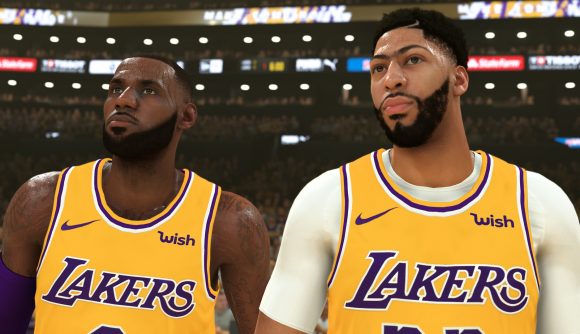 Basketball sim NBA 2K20 launched late last week, but it looks like it’s had a bit of a rocky start, as Steam user reviews go. The game has already gained around 1,800 user reviews on Valve’s videogame platform, but only a fraction of these are positive – just 16% at the time of writing. According to a site that ranks games based on their user scores, it’s (currently) the second “worst” game on Steam.

As reflected on site Steam250, 2K’s latest installment in its NBA videogame series doesn’t seem to have been a huge hit with players so far. The site offers, according to its Patreon page, “a collection of over 100 automated Steam game rankings based on user votes – the thumbs up or down given with each review – designed to help players find the best games on Steam.”

The site’s list of the “bottom 100” Steam games – its “Hall of Shame” – has it in second-to-worst place, only above a racing title called Flatout 3: Chaos and Destruction. On Steam itself, the game’s reviews are summed up as “overwhelmingly negative.”

While there are some positive reviews, they’re pretty few and far between. The less positive reviews cite various reasons for not recommending the game, but common themes seem to be the game’s microtransactions, similarity to NBA 2K19 (like its taskbar), and some glitches. As Kotaku highlights, the hashtag #fix2K20 has been doing the rounds on Twitter, following players’ experiences of some reported in-game hiccups.

This follows some recent controversy over an NBA 2K20 trailer that in some ways looked more like a casino ad. Videogame content rating company PEGI recently said that it didn’t count as gambling under its current criteria, though it added that it was “very aware it may get too close for comfort for some people.”

Looking for the latest game? Check the NBA2K 21 system requirements over on PCGameBenchmark.