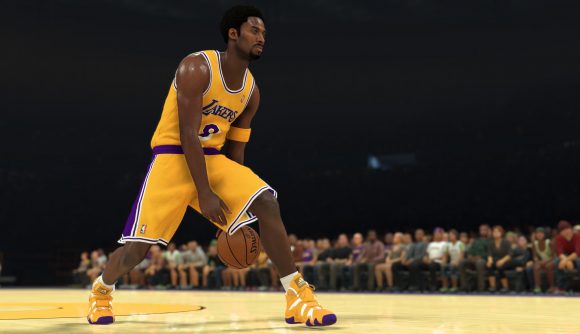 One of 2020’s best-selling games is free this week from the Epic Games Store. We didn’t get our typical week-out teaser for this week’s free PC game, and so it was quite the surprise today to discover that it’s none other than NBA 2K21, the latest in the long-running series of basketball games.

NBA 2K21 adds the new shot stick aiming system – you’ll have to carefully aim your shots as you nail the timing, which makes for a brand new challenge even if you’ve played 2K’s NBA games before. Apart from that, however, critics dinged NBA 2K21 for being yet another sports game that doesn’t do a lot to set itself apart from the previous year’s title.

Still, you can’t argue with the price, and NBA 2K21 will be free all week. If you’re new to the franchise, this is a perfect opportunity to dive in – the MyCareer mode lets you create a player and compete all the way into your dream job in the NBA. On the flip side, you can also take the reins as a general manager or league commissioner in MyNBA, which features an expanded set of move options for the WNBA in 2K21.

Can you run it? Check your PC against the NBA 2K21 system requirements on PCGameBenchmark. It’ll automatically check and let you know if your system’s up to snuff.