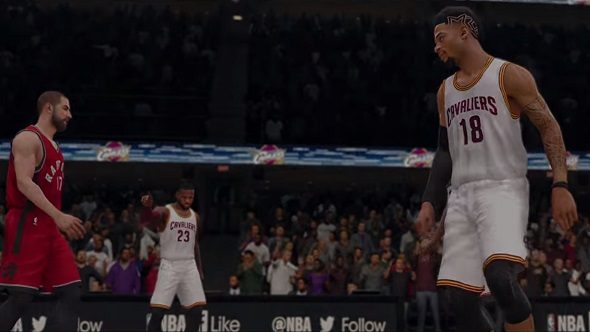 Just like FIFA 18, NBA Live 18 will feature a dramatic career mode. The story will take players from the streets, right on through to the NBA hall of fame.

Instead of playing as a pre-made character like in FIFA, though, here you’ll be able to craft your own NBA legend, customising their look and gear.

On top of visual customisation, you’ll also be able to tweak your avatar’s playstyle, which itself will depend on your chosen position on court.

The respect you earn on the streets – in real-life courts such as Venice Beach, California, and Rucker Park in New York – will carry on through to the big leagues, too. Whether this’ll be backed by actors and custscenes like FIFA’s offering isn’t clear.

The mode will also be playable in multiplayer ‘live events’, which can be tackled in co-op and multiplayer, should you wish. Check out the official site for more.