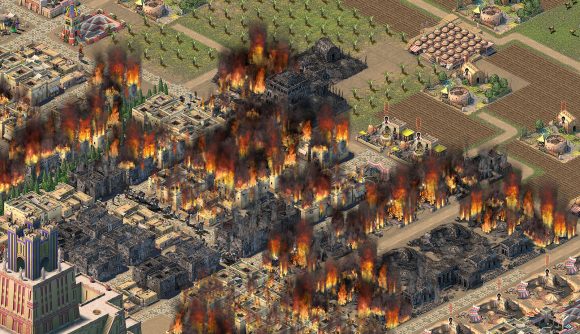 Launched earlier this year, Nebuchadnezzar is a classic-style city-building game reminiscent of genre greats like Pharaoh and Caesar III all about creating a thriving Mesopotamian metropolis. Since then, we’ve seen one major update introduce a bunch of new mechanics, buildings, and other content – and now there’s more. Update 1.2, the city builder’s second major content drop, is live, bringing crime, and disease, and fire (oh my).

Developer Nepos Games has posted the full rundown of what’s new with 1.2 on Steam, with the three new gameplay mechanics being a key part of the patch. From now, you’ll need to hire firefighters to tackle fires that can erupt across your city – and presumably wreak some real devastation if left uncontrolled. Firefighters can prevent fires if you have the resources to hire them, but if not, “at least hope they can put out the fire before it spreads to the whole city”, the devs say. Gulp.

Elsewhere in the world of disasters to avert, there’s crime. As of 1.2 you’ll have to think about setting up a city watch to fight crime in your city, or you might find your precious goods start vanishing in thief raids. Left unchecked, this can mean your people might revolt against you by rising up and forming riots.

Then, there’s disease. This new mechanic makes players face a tough decision: “do you opt for folk healers or would you rather use the educated but demanding upper-class population to employ highly effective doctors?” It’ll surely depend on your resources and strategy, but it’ll be a key facet to consider now the update’s here whichever way you decide to go in keeping your people fighting fit. 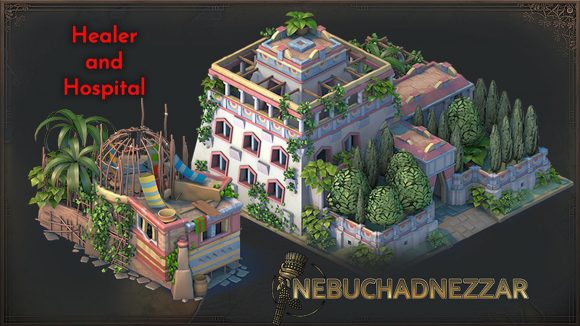 Elsewhere in the game’s second major update, there are now improved caravans as well as the ability to adjust your wages and taxes – a delicate aspect you’ll have to balance to bolster your funds while keeping your city flourishing and its people happy. There are also some more information layers, such as a “house levels layer”, along with a raft of other additions, improvements, and bug fixes. You can check out the full rundown from the Nebuchadnezzar devs on Steam here.

If you’d like to check out some of the best building games and best strategy games on PC, you can find some handy pointers in those guides.