Our first look at what’s to come in Neverwinter: Avernus – The Redeemed Citadel’s Milestone III is here. The server-wide push to help Zariel restore the Citadel has put Milestone II behind us, and developer Cryptic Studios has now lifted the veil on the campaign’s third content drop. Alongside a new leaderboard goal, Heroic Encounter, and various in-game goodies to grab, there’s a devilishly tricky three-star hunt to tackle and handy fast-travel feature on the way.

The Redeemed Citadel’s third Milestone unlocks a new chamber called the Portal Room. As its name implies, this chamber holds a series of arcane portals that’ll make travelling the online RPG game’s areas far easier, as senior game designer Doug ‘Asterdahl’ Miller tells us in an exclusive interview. “That’s going to allow players to travel to the world map from the Redeemed Citadel,” he says.

“Currently, they’d have to use a VIP signpost or run all the way out to the entrance of the entire zone. And they’ll also be able to get directly to the Redeemed Citadel from the world map as well, which is probably a much bigger deal. So you don’t have to go to the entrance of Avernus and drive across the whole zone to get to the Redeemed Citadel anymore.”

As for what we’ll see with this new location, Asterdahl tells us: “In terms of the visuals, I think it’s definitely in line with the rest of the Redeemed Citadel – a lot of gold and white angelic architecture. But you’ll get to see portals opening up from all over the all over the planes, and angels coming and going. We did a lot of set dressing in there to make it look like this is where all the angels are joining the fight from”. 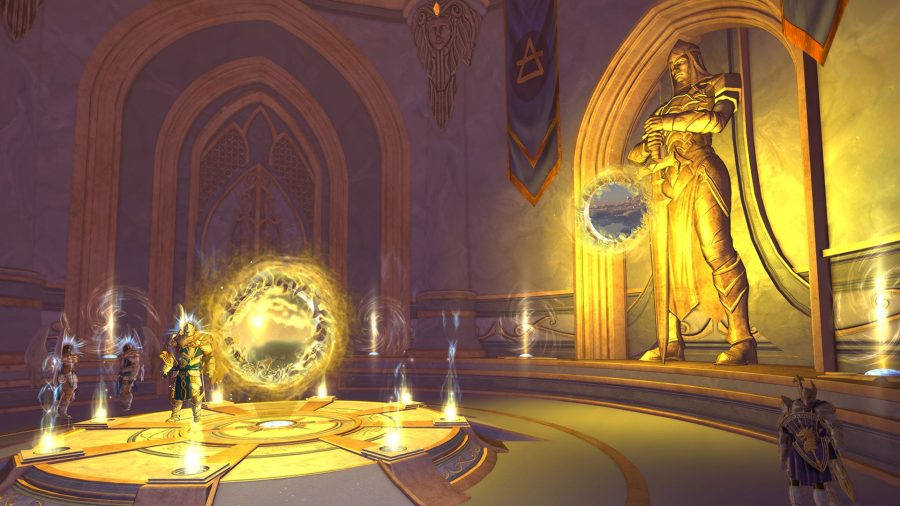 This sense of redemptive evolution will be reflected in the wider environment in Milestone III, too, it seems, with the collective charge – Zariel at its helm – pushing to restore the region to its former, devil-free glory. “I think this is probably going to be the biggest change overall to the environment,” Asterdahl explains. “You’re going to see a lot of the stuff that was more in ruins and tatters now getting replaced […]. Instead of the red banners the demons had up you’re going to see some brand-new purple and gold banners – Zariel’s colours – and in general the the mood of the place and the music are going to change most significantly this Milestone. Next milestone, you’re still going to get some new stuff, but it’s going to be like icing on the cake; make everything sparkle. But this is the big change.”

Milestone IV you're going to get some new stuff, but it's going to be icing on the cake. This is the big change

As for new gameplay elements, Milestone III brings three-star hunts. “Similar to the Chult hunts” from before, as Asterdahl explains, there’ll be “the six one-stars, three two-stars, and then you’re going to have that apex predator, one three-star hunt” to sink your pearly white gnashers into – and it’s not going to be a breeze. “The three-star hunt is going to be much more difficult than the previous hunts, just like the King of Spines, and the Tyrant wearing in Chults,” the dev says.

“We balanced the one-star hunts for one-to-three players, the two-star hunts for a full group, and three-star hunts for a really fantastically strong group, or multiple groups [where you] get your whole guild together with your friends to come help. So it’s going to be a lot tougher, but [the target] has, I believe, five unique pieces of gear, and then some different levels of shirts and pants, as well. And he’s going to drop more than one item. So, he’ll drop two to three pieces of gear, and then armour, and then a shirt, and a pant item as well as gems and all sorts of other Zariel’s Favour.” 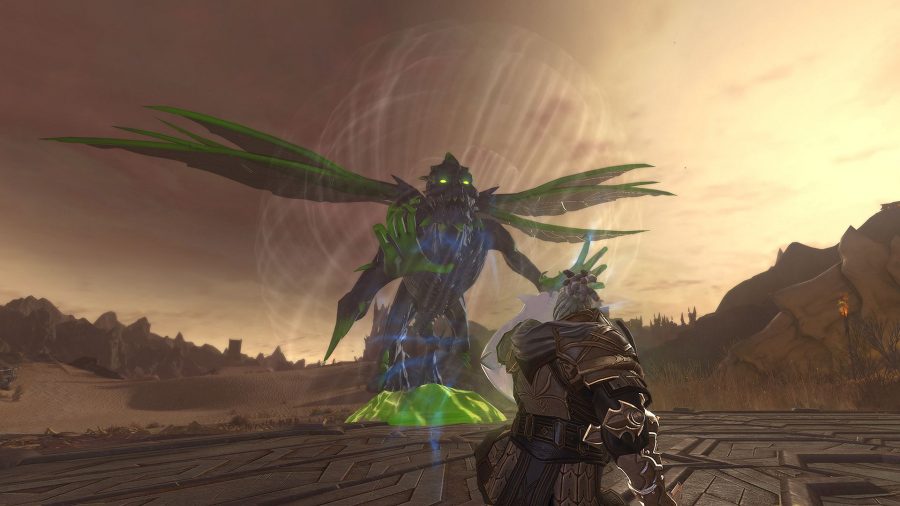 It sounds like the bonuses on this loot are worth getting excited for, too, as Asterdahl explains. “There’s the Butcher’s Might bonus – I know people have been hanging onto a chest piece from many modules ago that has that. Even though it’s a lower item level, that bonus gives you more power every time you hit damage over a certain threshold, and it stacks. So, obviously that’s a really great bonus, and we’re going to bring that back. I think people will be really excited about that.”

Turn up in force: The best MMOs on PC

As for the big bad beastie that lies in wait in the new three-star hunts, Asterdahl – who worked on the creature himself – tells us his name is Nightspine. “He’s a black and green bone devil, and he’s got this attack that’s sort of like a building, explosive acid,” the designer tells us. “So, he’ll apply stacks of it to you, and then if you get too many stacks you’ll blow up and anybody nearby will get more stacks. He can also lay down these pools of acid that explode after a couple seconds. So, it’s going to be like ‘hot potato’, and if things go bad, everyone’s just going to blow up really fast.” Yikes. The dev recommends: “You’re going to want a healer with a cleanse ability”. Better take notes, aspiring three-star hunters. 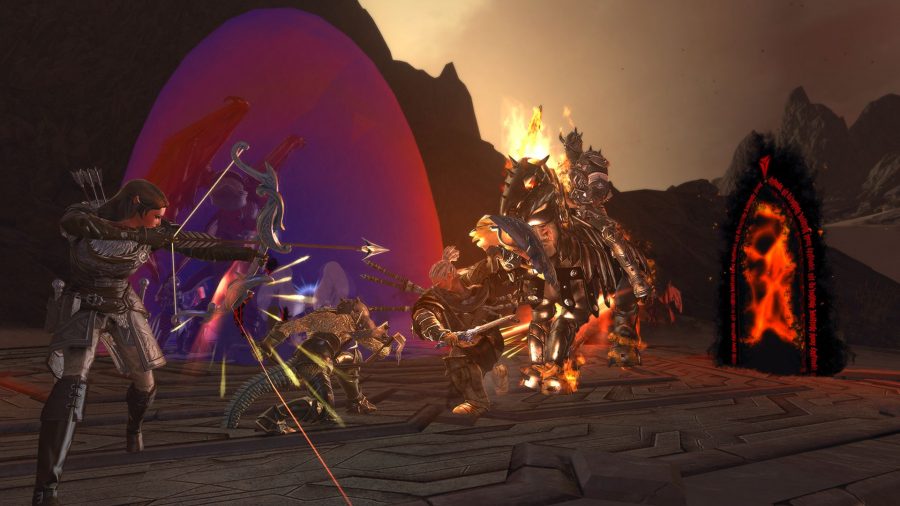 In addition, Milestone III adds a new leaderboard goal: ‘Summon Zariel or Huntmaster Soradiel as a Companion’ – the latter being the leader of Heaven’s Septem. There aren’t any new named NPCs to keep an eye out for in this Milestone, as Asterdahl explains (though the devs “have a new character coming with the fourth milestone, so look forward to that”). However, the ability to gain Zariel herself as a companion this time round means a chance to see one of the story’s core characters “in a new way”.

Milestone III also introduces the new Heroic Encounter ‘Fallen Angel’, which will take a similar form to those that came before in Neverwinter: Avernus. This time, you’ll need to save a “celestial ally from the greatest danger of the Nine Hells”, Cryptic says in a press release. Gameplay details beyond this hint aren’t clear just yet, but battling Avernus’ greatest danger sounds like a major rather than a minor Heroic Encounter. Gulp. 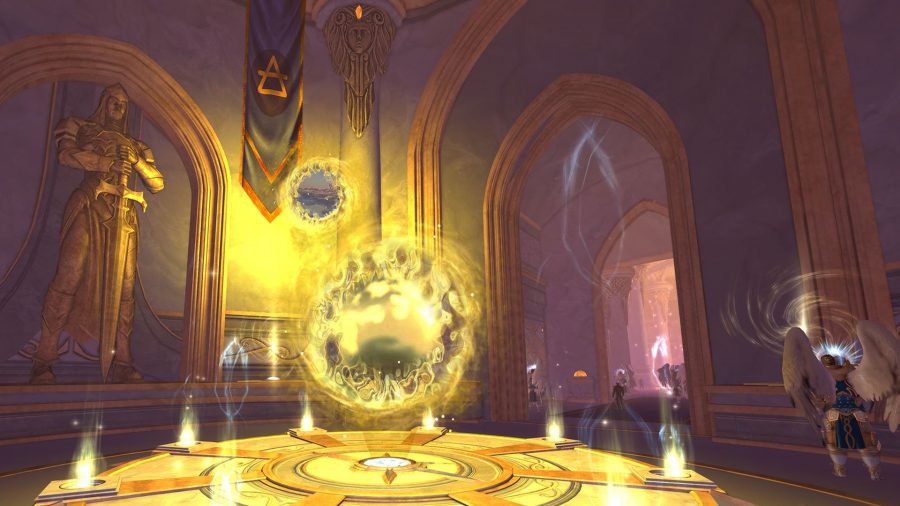 “The most exciting thing for me is probably the new hunts,” Asterdahl tells us. “We don’t often offer very challenging content in the open world. So, that’s going to be exciting to see people surprised maybe by how difficult it is, or, you know, coming up with fun strategies to fight it.”

On Milestone III, the dev also explains: “I think there are some people who purchased the Redeemed Citadel packs, and they have been waiting until later on in the events to earn their Zariel’s Favour because there’s a lot of back-and-forth running around. I’d say, check it out with Milestone III, because you’ll be able to use your VIP signpost to go straight back to the Citadel, and I think that’s going to make it a lot faster. So if you did buy the packs, and you’ve been waiting for the opportune time to jump in, I think now’s the time.” 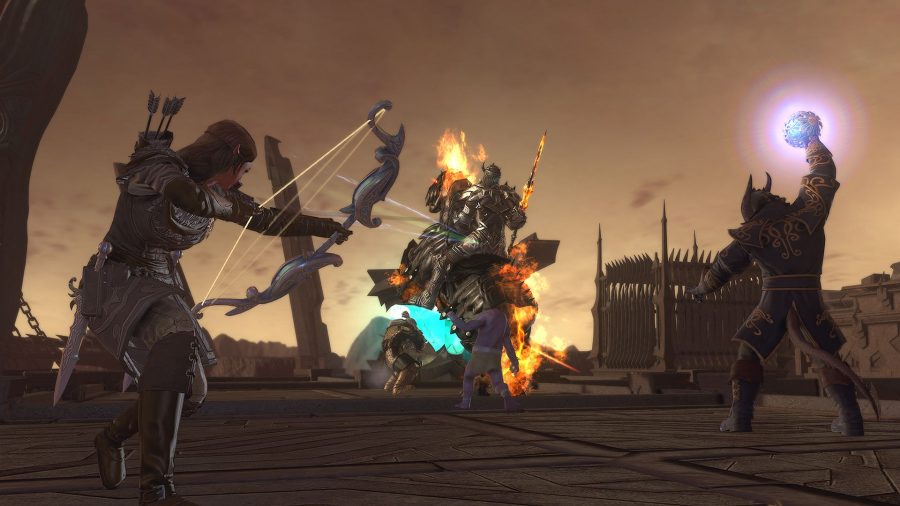 With the Redeemed Citadel chapter now past the halfway point, and headed towards its concluding fourth Milestone, we also asked about player reception to the special campaign type overall. “I think it’s been good. People seem to be pretty into it,” Asterdahl tells us.

This is a one-time thing. And I think that helps people to feel like 'we're in this together'

“One of the areas where we were really watching is the leaderboard. You know, there are only 100 placements for the top award, and that’s pretty competitive. So one thing we just didn’t have time to do was to add additional prizes for coming in lower down the tier, but I think that’s something that we’d probably like to change a little bit in the future because I think with the leaderboard, if you realise you can’t get at the top 100, there’s no real reason to continue. So, we want to probably do something a little more exciting for that, so that there’s a desire to compete, even if you’re not going to make it into the top 100.”

The dev also says: “It’s definitely a feature that’s got a lot of grind in it, so that’s why we wanted to do it as something that’s like a whole server working together towards a single goal, as opposed to an event that’s going to run every six months or something. This is a one-time thing. And I think that really helps people to feel like ‘we’re in this together’”. 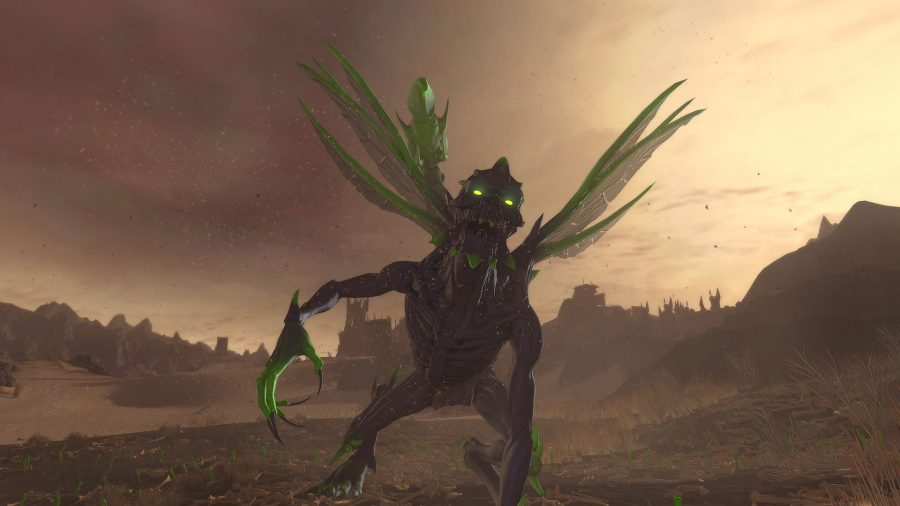 Speaking of which, we asked Asterdahl whether Neverwinter’s devs take any inspiration from any of the other best MMORPGs around in forging its content – and it seems one behemoth of the genre inspired the Redeemed Citadel to some degree. “With the Redeemed Citadel,” Asterdahl tells us as an example of inspiration, “if you think back to World of Warcraft – very, very long ago vanilla WoW – there was this opening of the Gates of Ahn’Qiraj, which was a sort of server-wide event, where everybody worked together to excavate this raid from underneath the desert, in southern Kalimdor.

We wanted a whole server working together towards a single goal

The dev explains that this was an event where “you were doing a lot of stuff and it felt really like, even though this is a little bit grindy, it’s exciting, because it’s only going to happen once. So, I would say that was probably a good inspiration. Obviously, what you’re actually doing in the game is very different than the Gates of Ahn’Qiraj, but it’s the idea of a one-time event”. 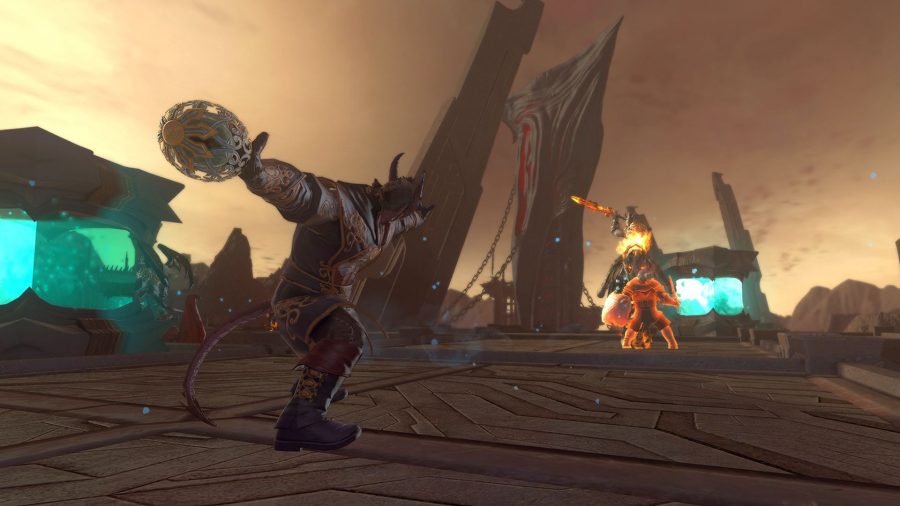 On whether Cryptic would consider doing this type of campaign again in the future, Asterdahl says: “Absolutely, but I think we’re going to give it some time”.

Neverwinter: Avernus – The Redeemed Citadel Milestone III arrives this very week, so go get stuck into new three-star hunts, whizzing through portals, and pushing for Milestone IV when it arrives tomorrow, October 13.