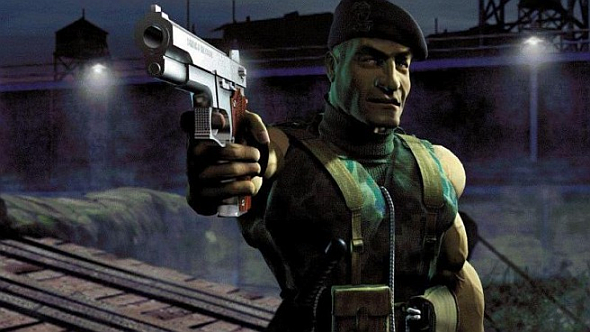 Kalypso Media, the publisher-developer behind Tropico, Dungeons, and Railway Empire, has bought all rights to Commandos, a terrific series of real-time tactics/stealth sandboxes set in World War II. The acquisition also covers other games by Commandos dev Pyro Studios, such as Imperial Glory and Praetorians.

Now that it owns the IP, Kalypso says it will develop new Commandos games “for all platforms”, as well as release “an extensive adaptation of the existing titles for contemporary technologies and platforms.”

Bottom line: we’re getting a new Commandos game, and a re-release – likely a remaster – of the classics, such as 1998’s Commandos: Behind Enemy Lines. Work hasn’t started yet – indeed, Kalypso hasn’t even picked a developer, but with the IP now in safe hands, it’s going to happen.

Can’t wait? Sneak around in the  best stealth games on PC in the meantime.

“We have been looking for a suitable partner for the continuation of our products and brands for a long time”, Ignacio Pérez, founder of Pyro Studios, says. “Kalypso has great expertise and experience with rebooting well-known titles, and we are delighted to have our IP in such good hands.”

“We have great respect for what the Pyro Studios team have accomplished and created throughout the history of the studio”, adds Simon Hellwig, founder and managing director of Kalypso. “We see it as our responsibility to revive and further develop these beloved games for fans around the world. Of course, this will include the development of a completely new game for all platforms, but also an extensive adaptation of the existing titles for contemporary technologies and platforms. We’re incredibly excited about the opportunities, and will begin speaking to potential development studios in the near future.”

Given that the entire Commandos series is available to buy on Steam(do it), Hellwig’s comments – particularly the word “extensive” – strongly suggest a remaster.

Shameless personal anecdote: I remember swapping turns on Commandos with my friends at my 12th birthday, and then inventing an IRL game based on it when we got kicked off the PC. We used a torch to simulate enemy cones of vision. Commandos wasgreat.

Anyway look: this is all very exciting. Back in 1998, Commandos’ fusion of real-time tactics and class-based stealth abilities was totally unique, and it justly won a lot of fans among a certain generation of PC gamers. Many of its ideas can still be felt in related genres today – its stealth sandboxes are basically isometric Hitman.