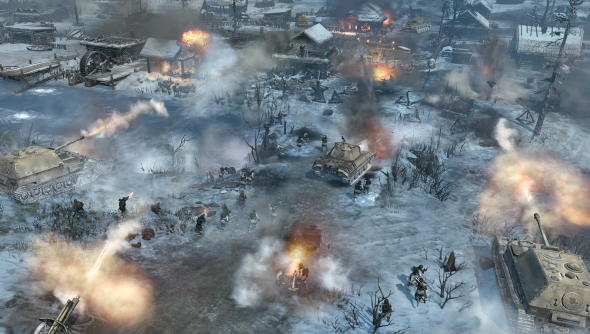 As if to prove that it’s business at usual at Relic, three more screenshots of Company of Heroes 2 have been released, with the aim of showing the game’s Essence 3 engine at its very best. In the shot above, German tank destroyers cover the flanks as a Wehrmacht forces assault a Soviet village. The pictures don’t tell us anything new or insightful about the game, but they are very pleasant eye candy and will definitely whet the appetites of those hungry for war. Click through for two more images of gorgeous front line action. And here’s the German and Soviet armies coming to blows at the base of a statue of Lenin: If all continues as planned, we should see Company of Heroes 2 in March of next year.