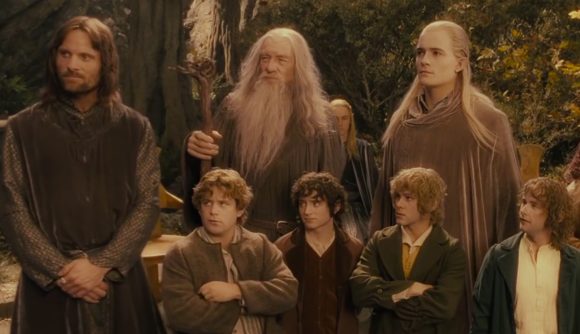 July 10, 2019 Amazon Game Studios is helping out with the upcoming Lord of the Rings MMO.

Amazon Game Studios has announced that it’s co-developing a free-to-play Lord of the Rings MMO. Amazon will join Athlon Games, which announced that it was working on the game alongside a then-unnamed “partner developer” last year.

Today, it was revealed (via The Verge) that that partner is Amazon. Last year, Athlon said that the game will be set “at a time long before the events of The Lord of the Rings, exploring lands, people, and creatures never seen before by fans of the Tolkein Universe.” Given how rich Tolkein’s world is, there should be plenty to go on, even if we won’t be focusing on the War of the Ring.

While that sounds pretty similar to Amazon’s upcoming Lord of the Rings TV series – which is set before the events of Tolkein’s famous trilogy, during the Second Age of Middle-Earth – Amazon says that the show and the game are being developed entirely separately from one another, and that the projects are only linked by their source material.

Amazon’s involvement means that Athlon has plenty of MMO experience behind it. The AGS team is currently working on its own game, New World, which boasts developers from games like World of Warcraft, Destiny, and Everquest. On top of that, Athlon’s parent company, Leyou, happens to also own Warframe developer Digital Extremes.

Rule them all: Remember Lord of the Rings Online?

Athlon has previously told players that its games will offer “console and PC experiences,” which should mean that this MMO will be available on PC. For now, however, we’ve got no idea as to when we might actually get to play – with no release date in sight, it could be a while before we make another trip to Middle-Earth.