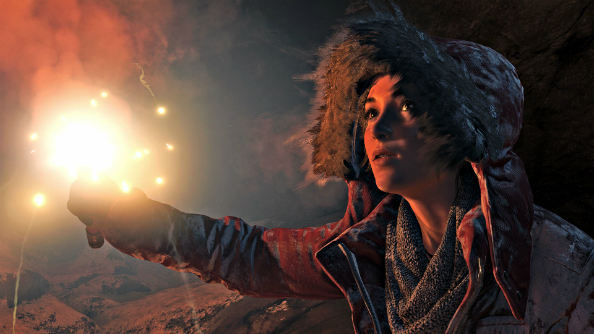 It may not be coming to PC until ‘early 2016’, but I’m already super excited (and more than a tad chilly) thinking about Rise of the Tomb Raider. With the game headed to Xbox One next week, Crystal Dynamics has released a new trailer where Ms Croft’s optional tombs get some love.

Rise once again sees Lara courting open-world elements, so why not check out the best sandbox games on PC while you’re here.

See, it’s not all savagely stabbing up grizzly bears.

Now, it may have had oh so suspect Glaswegian accents and a dodgy plot, but 2013’s Lara reboot did get one thing spectacularly right: the raiding of tombs. Well, challenge tombs are back for the Siberian-set sequel, and this time they reward you with bonus skill-tree abilities should you solve their sneaky, rope-swinging conundrums. Last time round, Lara essentially just made a cooing expression, then netted some XP when she conquered an underground cavern, so it’s nice to see there are now more tangible gameplay benefits to ticking off tombs.

Environmental elements also look to play a bigger role, as the trailer shows Lara manipulating wind and fire to solve puzzles. Sadly, earth doesn’t seem to get as much of a look in, R&B fans. Seeing as the game is set in Siberia, though, I’d put dollars to doughnuts taming snow and ice comes into the equation at some point.

There’s also a quick look at Lara’s new translation abilities. By scouring her frosty sandbox, Lara can stumble upon murals written in Greek and other ancient languages. The more of these sites she finds, the more her translating abilities evolve; with the end goal revolving around deciphering monoliths that reveal hidden treasure locations. It’s another feature that seems to place the focus back on the series’ sense of exploration, something that was a little lost with all the shooty shooty action in the reboot.

Anyway, here’s hoping Rise of the Tomb Raider hits PC before next Spring. It’s predecessor still looks utterly gorgeous on a decent rig. Hell, I actually fired it up in 4K earlier today to give my longing eyeballs a treat.