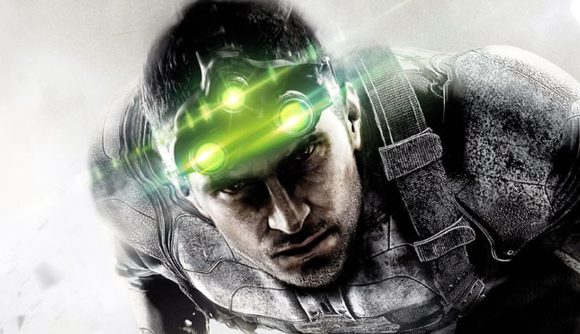 Ubisoft has announced that it will be revealing “a brand-new game in the Tom Clancy’s universe” tomorrow at 11:00 PT / 19:00 BST / 20:00 CEST. Of course, this immediately sparked hopes of a possible surprise Splinter Cell game announcement – but it seems more likely to be a proper reveal of The Division Heartland.

If you’d forgotten, Heartland is a new free-to-play MMO spin-off of The Division series that was announced earlier this year coming from the team at Red Storm – but other than a few details, such as featuring an “all-new perspective on the universe in a new setting” and confirmation that it’s coming out 2021/2022, it wasn’t properly shown off. It skipped E3 this year entirely, with the only Tom Clancy games there being the upcoming Rainbow Six Extraction and Siege.

While Heartland seems the most likely subject for a reveal since it hasn’t been shown yet, a quick glance at the replies to Ubisoft’s tweet reveals that the Tom Clancy game most people want to see is a new Splinter Cell title.

Aside from crossovers such as the Operation Shadow Legacy expansion for Rainbow Six Siege, Sam Fisher hasn’t appeared in a full game since Splinter Cell: Blacklist in 2013 – although there is a VR game in the works for Facebook being made by, coincidentally enough, Red Storm.

Tomorrow, things are going to get wild 🎉

Tune in at 11AM PT / 8PM CEST for the worldwide reveal of a brand-new game in the Tom Clancy’s universe.

On the other hand, the phrase “things are going to get wild” brings to mind Ghost Recon Wildlands, so maybe Ubisoft is planning a return to that game over the disappointing Breakpoint – which is still getting updates, so Ubisoft clearly hasn’t given up on it.

While The Division Heartland is the logical option and Splinter Cell the fan-favourite choice, we won’t really know until the reveal tomorrow – so make sure to tune in, and pray it’s not a mobile game.