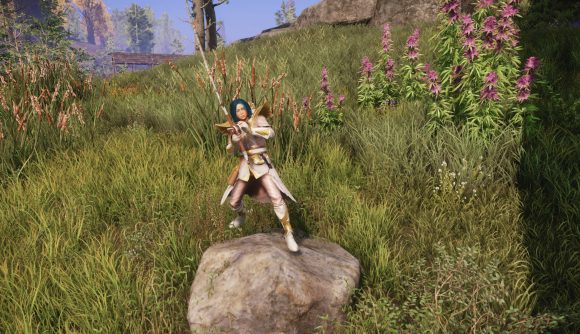 Resource farming bots aren’t hard to spot in Amazon’s big new MMORPG New World – they’re often crowded around the best fishing spots, silently reeling in every valuable fish you could possibly want. The developer says it’s taking steps to clamp down on farming bots, and warns that some players who purchased the game from third-party key sellers could get caught in the dragnet.

“We have seen your reports of gold farmers and bots in the game,” New World community manager TrevzorFTW writes in the game’s forums. “We take these reports seriously and we want you to know that we are committed to ensuring fair gameplay. As part of this commitment, we are taking steps to revoke thousands of keys that were fraudulently obtained to disrupt gameplay.”

TrevzorFTW explains that the only authorised sources for New World keys are Amazon and Steam, and that if you purchased your copy somewhere else, it’s impossible to guarantee that your key is authentic. “We do not support keys sold by third-party sellers because they are often obtained through fraud,” TrevzorFTW says.

If your key is revoked in error, he adds, you can use New World’s customer support page to report the issue and hopefully get your account access restored.

This week’s update brings in another swathe of bug fixes, alongside laying additional groundwork for the upcoming server transfer feature!

If you’re out there honest-to-God looking for briar branches in New World, our guide right there has you covered (in thorns, probably). You can also read up on the latest New World patch if you want to find out what’s new.