Wondering how to get the best New World gear? There are a few ways to get your hands on new pieces of armour and New World weapons – you can pick them up as drops from enemies or in chests, purchase them from the marketplace or your New World faction shop, or craft them by hand.

You may be content just to upgrade your equipment as you go if you’re close to the gear’s equip level – the easiest way to get good gear is from the faction shop. However, if you’re looking to get the most out of your character for New World PvP or high level content, you’ll probably want to seek out even better gear.

If you’re after the highest gear scores and the best perks and attributes for your build, you can either craft gear to your exact specifications, or hope that high level weapons drop from enemies. At level 60, the New World gear progression changes a little, and a ‘watermark’ system is introduced for high level gear. Here’s everything you need to know about gear in New World.

There are three different weights of New World armour: light, medium, and heavy. Each armour piece also has an individual numerical weight. At the top left of your equip screen, you can see the weight of the gear you are currently wearing – and importantly, what equip load it all adds up to.

There are three different ‘equip loads’ in New World, and they each have their own benefits. Usually, you will aim for an equip load that best compliments your build, and choose armour pieces accordingly. If you want a ‘light’ equip load, for example, that doesn’t mean you need to wear exclusively light armour – you’ll still be under the medium armour equip load threshold if you wear a single medium armour piece.

The New World equip loads and benefits are:

A total equip load of under 13 gives you light armour. This is best accomplished with a medium chest piece and light armour everywhere else. Light armour gives you 20% extra damage and 30% extra healing, and the ability to roll dodge.

An equip range of 13-23 puts you in the medium category. We recommend a heavy chest piece, light helmet and gloves, and medium legs and boots for the most damage absorption. This equip load grants 10% bonus damage and 15% bonus healing, a 10% increase to crowd-control duration, and a leap dodge.

If your total equip load is over 23, you are in the heavy armour category. It’s best to go all-in on heavy armour in every slot. You get a 15% block bonus, and 20% crowd-control duration bonus. The dodge is a simple sidestep. 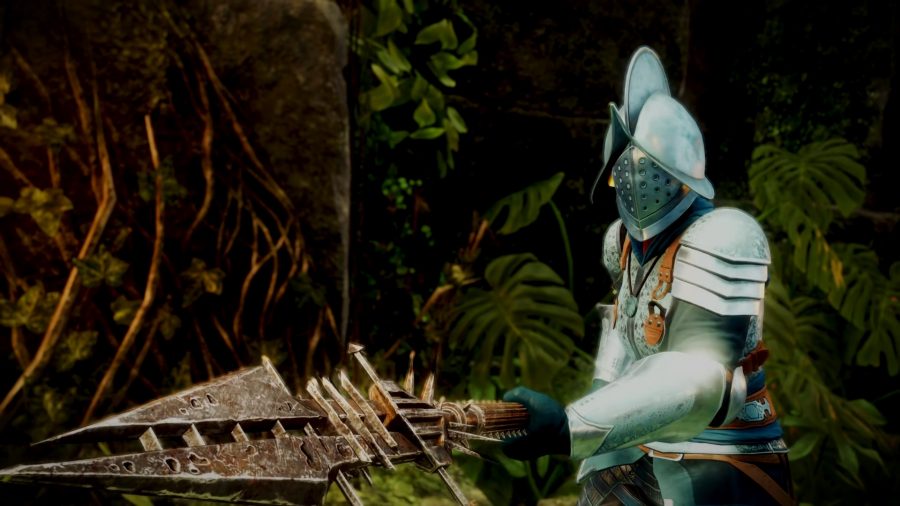 Gear can also have a slot for New World gems, perks that introduce powerful buffs and attribute increases. Legendary weapons have all five perk slots filled.

How to craft high level gear in New World

Here’s how to craft the best possible item in New World, according to research from the New World Fans fansite:

Materials
The tier of items you make also depends on the materials you use. As an example, if you use tier 4 materials to make a tier 4 item, it will be gear score 400 as a baseline.

Skill level
Your minimum and maximum gear score values are also affected by the level of your trade skill.

Azoth
Adding Azoth to your crafted items increases the chance of that item having additional attributes, perks, and gem slots. 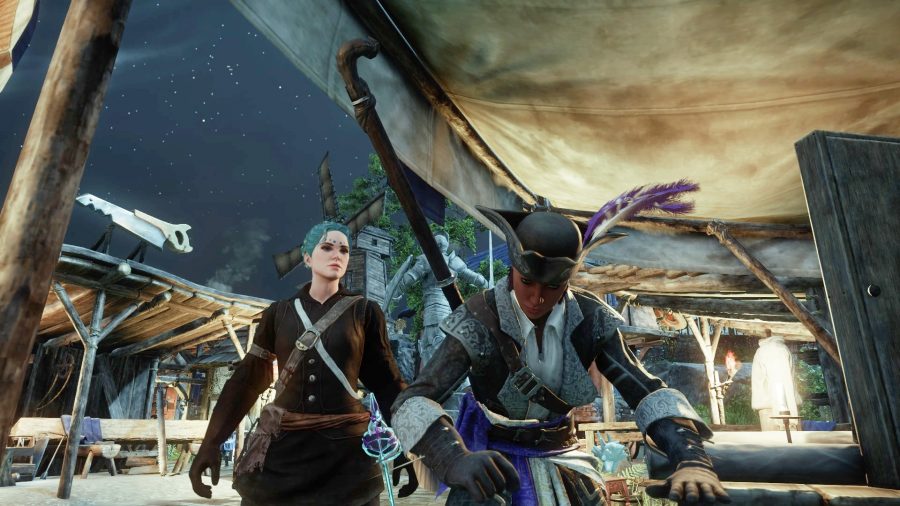 You may have noticed commonalities in the names of gear you encounter in New World. There are naming conventions that describe the characteristics of the item in question. For example, “Reinforced Syndicate Adept Coat of the Cavalier” means:

When crafting, you can use attribute items to grant these stats and affixes to your gear.

When you purchase Faction armour from your Faction shop, it may not boost the attributes that suit your particular build. However, you can reroll your faction armour at a crafting station using Faction Seals.

A full list of item affixes is available at New World Fans. 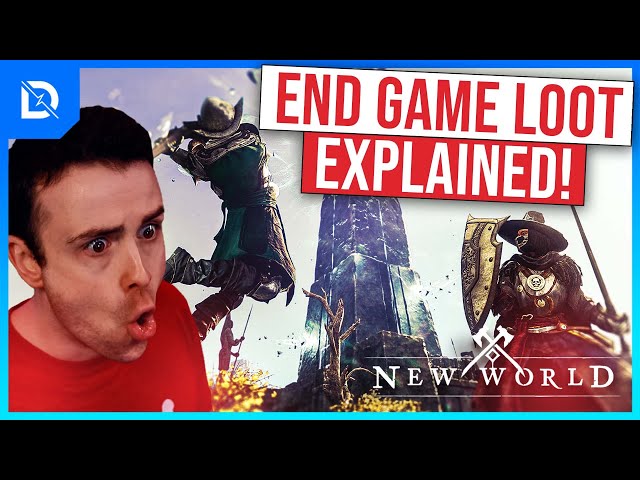 How to get high level gear drops in New World

Each equipable item has its own gear score – the higher it is, the more powerful the weapon. The maximum gear score is 600, so if you’re at level 60 and you’re wondering how to reliably get your hands on high-level gear, there are a few things you should know.

To get high level gear, you must kill enemies that are over level 60. When calculating what level of gear to drop for you, the game assigns you a ‘watermark’ number for each equippable slot and weapon type – this watermark number is the highest gear score you have obtained in each slot to date. There’s only a very tiny chance that when a piece of gear drops, it will be higher than your current ‘watermark’, but when this happens, your ‘watermark’ adjusts, and you have a much better chance to get other pieces of gear for that slot around that level.

For example, imagine the best helmet you ever received was 510 GS – this is your helmet watermark, so it is very unlikely you receive a piece higher than this. Once you get lucky enough to receive a better helmet – 520 GS, for example – you are far more likely to receive more helmets up to and including 520 GS.

That means the best way to get high level gear drops is to increase your watermark by repeatedly defeating high level bosses.

The watermark system is going to be replaced with an ‘expertise’ system in a forthcoming update. Your expertise level will be visible on your inventory screen and will impact your effective gear score.

There are also New World legendary weapons with 580 gear score that can be obtained at level 60 after reaching level 20 mastery in a weapon. Speak to Eintou Madaki in Mountainhome to begin your legendary weapon quest.