New World is far from the picture of health at the moment. Following a hugely successful launch and a peak of over 900,000 players at the start of October, the MMO’s playerbase has steadily dropped away. According to Steamcharts, New World’s concurrent player count has fallen to just 10% of its peak in less than two months – and the arrival of the first big gameplay patch, which includes the new Void Gauntlet weapon, has done little to stem the exodus.

On the contrary, baying Redditors and Steam reviewers amplify the chorus of disgruntled players with new posts each day. The immediate prognosis doesn’t look good, and that’s not for lack of intervention. The crisis response team at Amazon Game Studios has pushed out patches on a weekly basis, spun up a test server, and done a thorough job of communicating and explaining the issues they’re facing; but it hasn’t been enough.

I played New World for hundreds of hours in its first few weeks. I helped found a thriving guild and took part in my server’s community. However, when I logged on a couple of weeks ago, I found my guild in tatters: the coffers were empty and our territories had been lost. Worse still, the Discord server for my New World faction had been deleted and the streamer who used to enthusiastically spam general chat had gone back to playing Yu-Gi-Oh. I was mostly there to hang out with people, so once my friends stopped playing, I did too.

The trouble all started when server transfers were added. This introduced a duplication bug that allowed players to quickly acquire a ridiculous amount of money and resources, and even the best gear in the game. The issue was swiftly addressed with a patch, but then that update introduced even more bugs. For a few weeks, it seemed like every update would cause more issues than it fixed, and so emergency steps were taken by Amazon Game Studios: wealth transfers were disabled again, and then again when another exploit was exposed. EU servers have just been rolled back after players started receiving random, gigantic lump sums of cash, so this is far from over. It’s no wonder players are leaving, if only to wait out the storm of bugs raining from the sky. 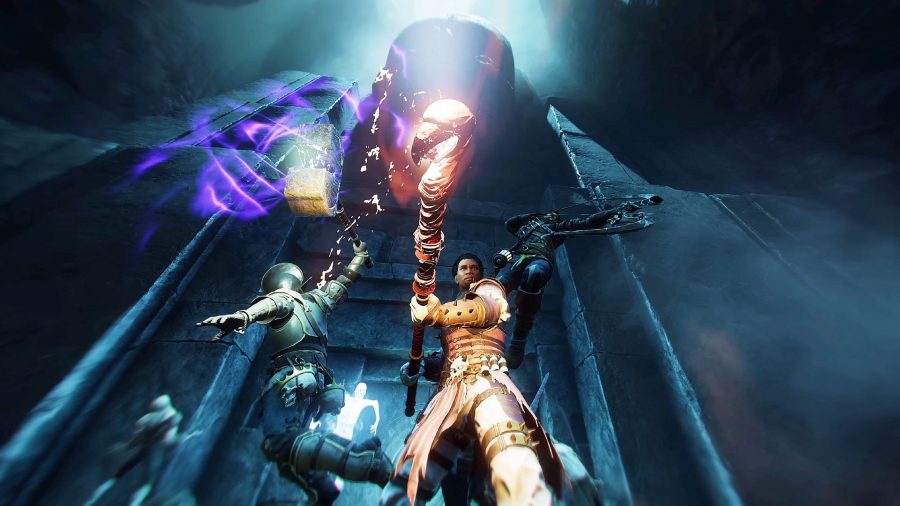 Issues like this are to be expected with any new multiplayer game, and MMOs have notoriously rocky launches, but this is all a bit much by anyone’s standards. The New World dev tracker shows the team stomping out fires and handling players’ complaints as efficiently as can be expected – spare a thought for them – but you’d be forgiven for speculating that perhaps something deeper is amiss when major glitches recur after the patches implemented specifically to address them.

All of these issues are on Amazon’s radar; the studio has our wishlist

And while most games face post-launch bugs and balancing hurdles, New World is perhaps more affected by them than any of its competitors because of its approach to endgame content. Like any MMO there’s a huge emphasis on collecting resources, improving your skills, and maxing out your kit. Once you reach level 60, the gear you pick up is capped by your gear score, meaning you have a small chance to pick up something slightly better than you had before. Rinse and repeat until you hit 600 gear score, and then do it all over again when Amazon Game Studios inevitably raises the cap with some future expansion.

If you’ve opted into that challenge, then it’s especially frustrating to log in one day and find that your gear has mysteriously disappeared with the latest update, or that a balancing tweak has made your lovingly crafted weapon shoot like wet cabbage. And to make matters worse, there are countless reports that your guild rivals are exploiting bugs to gain an unfair advantage. It’s hard to stay motivated when it feels like the rules are changing every day. 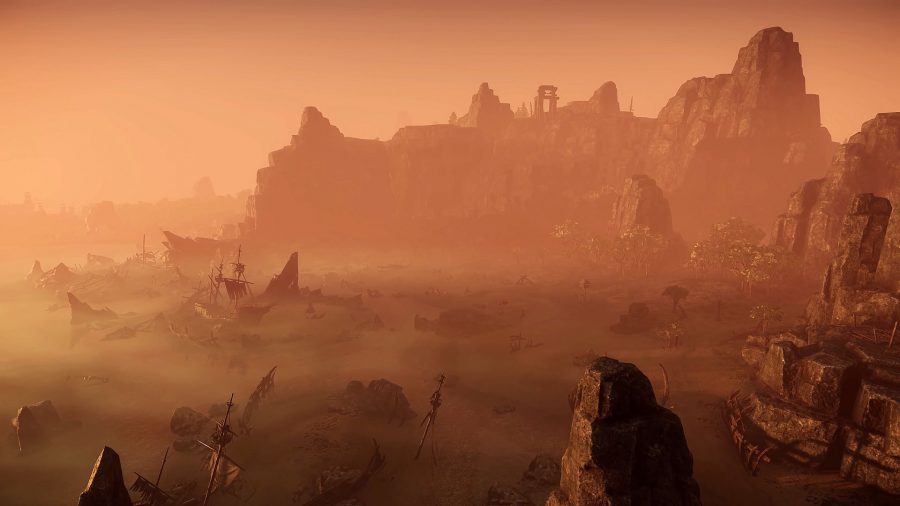 New World’s faction and territory control systems could make for an excellent endgame, as players gear up, strategise, and fight for every little legitimate advantage they can claim on their server, but right now these systems only exacerbate the bugs and exploits. When the focus of the endgame involves three factions battling over territory in large-scale, pitched PvP wars, the knowledge that one side could have a gear advantage through exploits puts a damper on things. Add in the fact that these contests are usually stymied by lag, and many players have experienced their settlement’s crafting stations degrading thanks to a bug that propels the in-game clock months into the future, and it’s hard to get excited about the endgame at all.

The more players it loses now, the harder it’ll be to eventually win them back

All of these issues are on Amazon’s radar. The studio has our wishlist: free tuning orbs for dungeons, sorting for the auction house, server merges, more endgame content, more varied quests. But this is only a small portion of what’s needed to make the game worth playing right now; future expansions will be just as demanding.

It’s been a long time since a new big-budget MMO released, so it’s easy to forget that many of the current best MMOs also experienced teething problems in their first few months before recovering steadily over subsequent years. But New World’s reliance on a player-driven economy and endgame lays its issues bare – people will find exploits, and they’re far more inclined to do so when those exploits are the only means of maintaining parity with their rivals. And there’s not exactly a bounty of endgame PvE content to get stuck into if you want to ignore the faction wars. 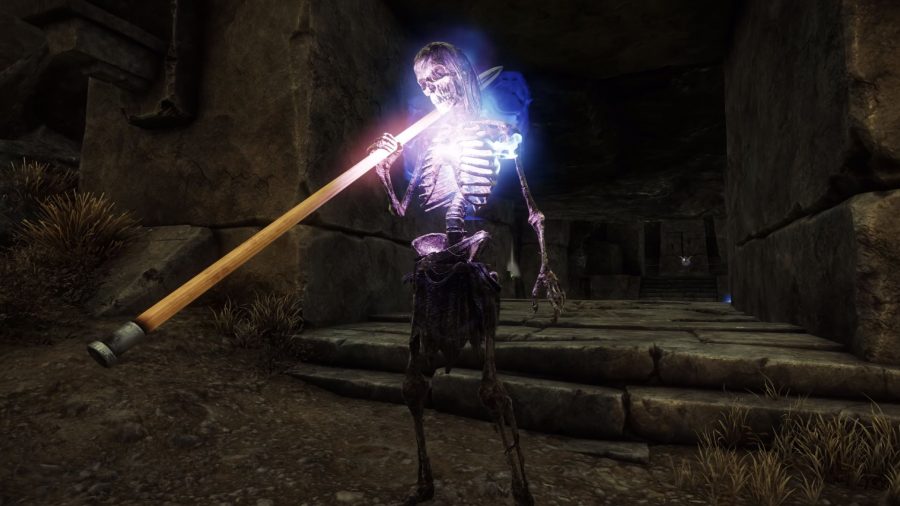 There are plenty of MMOs that never make it to the milestones that New World has already reached during its short life. Amazon Game Studios has far too much invested in New World – not to mention over a million players to monetise – for it to pull the plug any time soon, but these next months are still crucial to the game’s future. The more players it loses now, the harder it’ll be to eventually win them back.

They want to come back, many of them say, once the bugs have been swept away and there’s a ton of new content to experience. But if Amazon Game Studios is to ever achieve the dream of Eve Online-esque interfactional stories and an organic, player-driven endgame, then the foundations need to be stable and secure. There’s still a good home for MMO players here, but the wildfires need to burn out before the hearths can come back on.

You can check out our New World review here if you’re thinking about making the trip to Aeternum (and then buy it here if you really want). And if you’ve recently made that journey then these guides on making money in New World, leveling your character, and PvP may prove useful.