Looking for the best New World hatchet builds? Amazon’s new game moves away from the traditional class system found in other MMOs – instead, you have two slots to equip any New World weapon you like, which you can swap between at any time to rack up weapon experience points for every foe you defeat.

As you level up your weapons, you assign mastery points, unlocking powerful abilities and buffs to increase your potency on the battlefield. Each weapon also scales off particular attributes like strength or intelligence, so working out a combination that synergises well is important. The hatchet scales primarily off strength, but also dexterity – this means there’s plenty of flexibility when it comes to customising a New World hatchet build.

The hatchet is a particularly formidable weapon due to the Berserk ability, which grants you a substantial attack damage boost, and can be upgraded to increase your movement speed, give you massive health regeneration, and grant immunity to crowd control. Here are the best New World hatchet builds for PvP and PvE.

The best PvP build for the hatchet is hatchet and great axe. This is a highly mobile, close range build that enables you to hunt down your foes. It’s also an easy build to play in combat without many skills that require precision.

We recommend wearing medium armour for this build, as this offers a good combination of damage resistance and mobility. Specifically, equip heavy head/chest, medium gloves/boots, and light pants to get the most resistance possible. However, light armour is also an option, as the 20% damage buff it grants also applies to the healing from your Berserk skill. The dodge roll granted by light armour isn’t too important as this build has plenty of mobility without it.

For attributes, you should focus on strength, as all the bonuses up to 300 are helpful. As you’re using the great axe, it’s better to put points into strength rather than dexterity. You should also put plenty of points into constitution to improve your survivability in PvP. Ensure you have your constitution above 50 before increasing strength above 50. We’ve used the New World fans build tool to put together the following build graphics 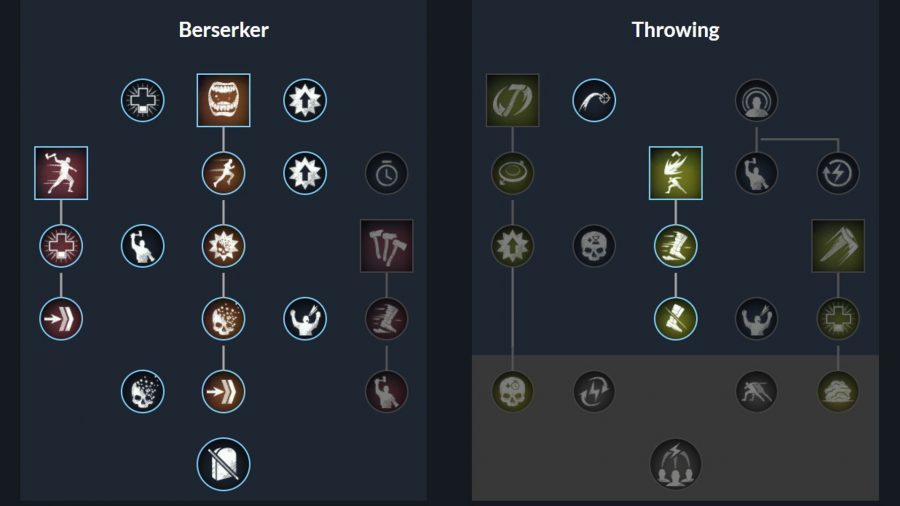 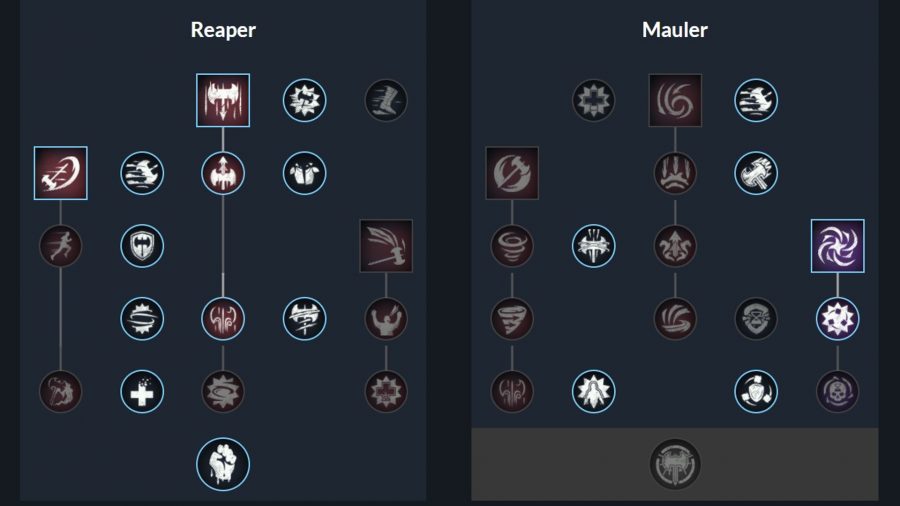 The abilities we recommend taking for the hatchet tree are:

For the great axe, we recommend:

The above combination, hatchet and great axe, is also a formidable PvE loadout. However, if you’re looking for something a little different, we recommend hatchet and bow. This build mainly focuses on the bow as a main weapon for its ranged utility and uses the hatchet to heal, and deal with foes that get too close.

For this build, you should focus on building dexterity as it boosts the damage output of both your weapons. We recommend you put at least 50 points into constitution, too. A light armour loadout is beneficial here as you will be dodging and evading frequently. 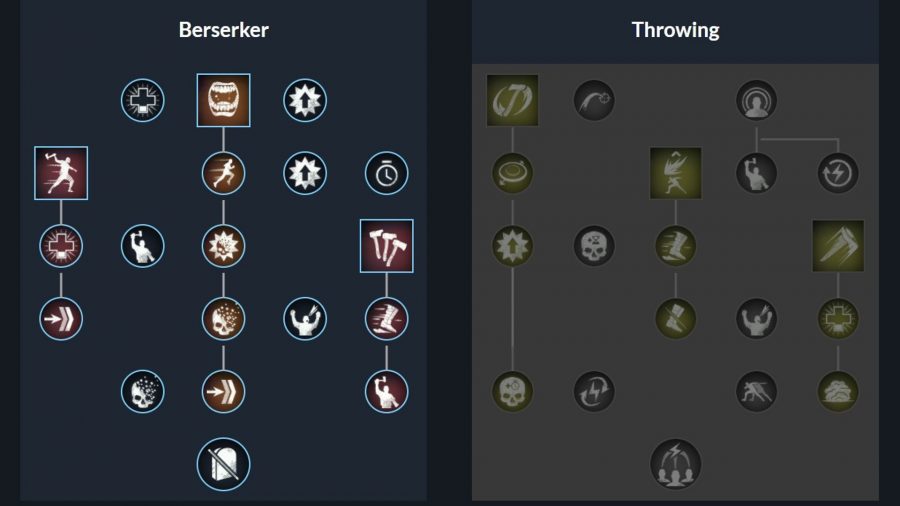 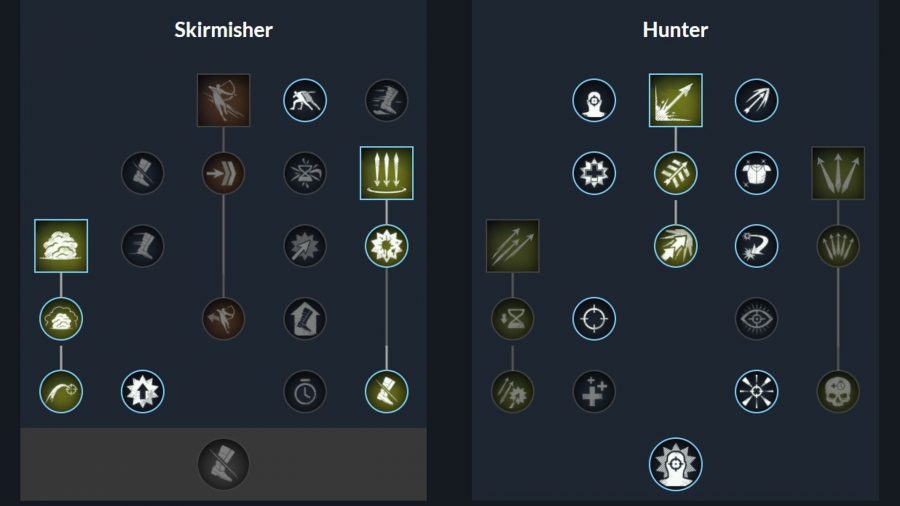 The abilities we recommend taking for the hatchet tree are:

For the bow, take the following skills: