Looking for New World fae iron? According to the new MMO game’s lore, fae iron is iron “tinged with a dark, magical essence”. It’s an uncommon tier two metal used in refining and smelting. You can get fae iron in exactly the same way as regular iron: mine an iron vein with a pickaxe. There’s a small chance that you’ll receive fae iron instead of normal iron. However, this is exceedingly rare and without using modifiers to tip the scales in your favour, there’s little chance you’ll get one out of the blue.

According to the Brave New World fansite, you have zero chance to obtain fae iron from iron veins without boosting a modifier called ‘mining luck’. Fortunately, there are several ways to boost your mining luck in New World, which we’ll explain below.

If you’re not looking for the coveted fae iron and instead want to know all the best iron ore locations so you can level up your trade skills, craft the best New World weapons, and perhaps make money at New World trading posts, we’ve got you covered. Here’s everything you need to know about mining iron ore and fae iron in New World.

You can find Iron ore in highland areas on the map, which appear in a light brown colour. You don’t need to boost your mining level to gather it, but it’s the only thing you can mine until you reach mining level ten. At mining level 25, you unlock the ability to track iron on your ingame map and your compass; it looks like a small rock. 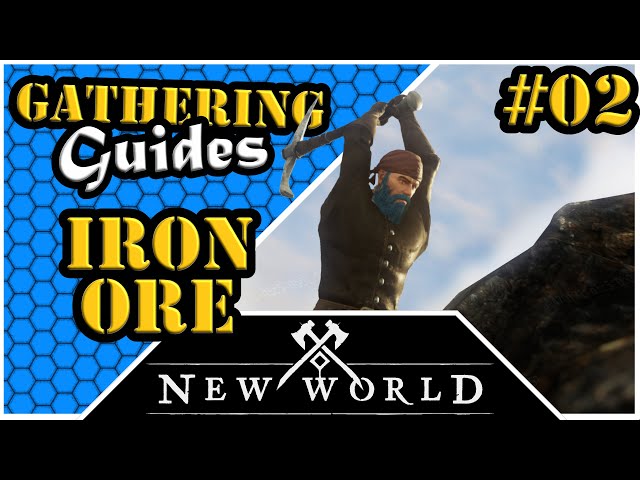 The best New World iron ore location for the early game is a region that surrounds the north side of Everfall. YouTuber LastOneNW has charted a convenient iron farming route that takes you in a loop around the city, but if you’re in a hurry, head to the Faith’s Bounty area northwest of Everfall.

There’s also plenty of iron ore east of the Cutlass Keys settlement – LastOneNW has a YouTube video that walks you through an optimal route here, too. However, Cutlass Keys is a higher level region, so take care if you’re below the recommended level.

How to get New World fae Iron

Mining luck is a perk that can occur on crafted armour and pickaxes. To increase the chance of getting tools with this perk, use more Azoth when crafting them. You can also use craft mods to add this perk to a crafted item:

Several types of food also temporarily boost your mining luck. In order of effectiveness, they are: 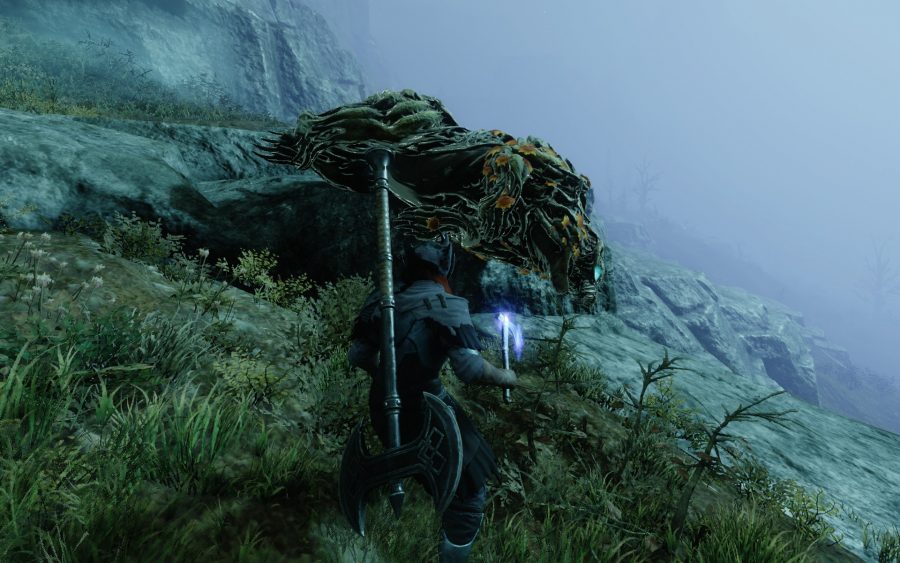 If you don’t want to spend time mining iron, fae iron drops from mining Ursus Hortus bears that live in Weaver’s Fen. Reddit user u/Vimisshit pointed out this strategy in a post in which he describes how, upon defeating these bears, there is an option to mine them instead of skinning them.

Reportedly, this drops up to six fae iron per bear. However, you need 100 levels in mining before you can extract this rare material. The bears are also level 30, so you’ll need to be strong enough to take them down before you try this method.

Now you’ve got plenty of ways to get your hands on iron, you may be in search of other coveted materials – we’ve got a New World hemp guide, New World oil guide, and a New World fishing guide to help you out.