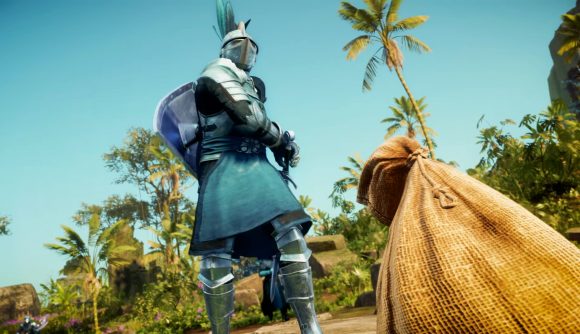 While New World might naturally share some of its DNA with other MMORPGs, as games in the same genres do, it’s undeniably a distinct experience with its own gameplay, style, and story. And it seems this intent – to make it its own decidedly new MMO experience – was key to the devs at Amazon Games, as senior producer Katy Kaszynski has touched on in a talk at this year’s Develop: Brighton conference.

In reply to a question asking about how the devs balance New World’s new and interesting mechanics with the expectations and knowledge of established MMORPG players, Kaszynski says it’s something the team talks about because they’re “trying to create a new game” – their purpose was creating a new MMO. “It’s a hard genre to break into, and we didn’t want to be like everybody else,” she explains. “And it’s not like we’re railing against mounts in the game” – this being an example of the kind of familiar MMO feature incoming players might have expected to see.

“What we want is it to be an immersive experience, and we felt like the spirit shrines, for instance – those fit the lore better than mounts did,” Kaszynski explains, with these being fast travel points players can use across New World’s gameworld of Aeternum.

“We have lore that says the beasts of Aeternum can’t be tamed but, besides that, it’s all about the immersion that we want them to have, and then they get agency to do whatever they want to do within that,” she explains. “So, we hear them. We know that mounts are something that people really want. And it’s not just mounts – there are other things that people really are interested in having – and they’re not off the table,” the dev says. “Nothing is off the table in an MMO. It’s just not going to be soon.” 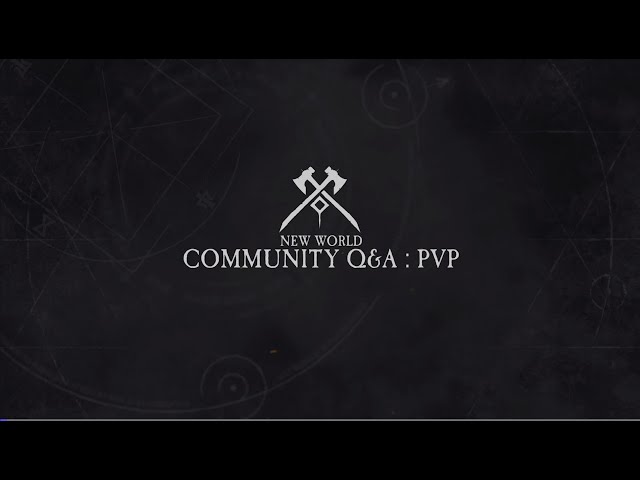 Following up, Kaszynski explains that – in terms of balancing internal design with ‘active listening’ to the fanbase, which the dev spoke about in her talk – “it’s understanding, again, what it is that they want. What is it that mounts provide to them?” The dev provides the example of PvP – something that was previously opt-in, and which there weren’t a lot of modes for until the game’s later Alpha builds.

“We didn’t want to go full-loot PvP again”, Kaszynski says, with full-loot PvP having been a feature of a very early build of the game but subsequently dropped. “And that’s what they were asking for; they were asking for full-loot PvP, but when we talked about what they were missing, what they really enjoyed about that, the ones that didn’t say ‘griefing’ – the ones that were like, ‘No, I just really like getting out there and engaging with people. I like having that opportunity [where] it just happens’ – we took […] that feedback and were like, ‘What can we do that fits the design and our vision for New World? And that’s how we came up with faction control points. So they can go in and engage […] at any time.”

Kaszynski adds that this was an example in which the devs “weren’t able to deliver specifically what [full-loot PvP-requesting fans] were asking for”, but were instead able to deliver something that they ended up really enjoying, which fit far more harmoniously into the team’s vision for New World as an MMO.

If you’re getting stuck into Amazon’s new MMORPG, check out our New World beginners’ guide, New World PvP guide, and list of the best New World weapons for PvE and PvP at those links.