Nobody has brought any explosives. This is a problem because now my fellow players and I are stuck outside a large wooden fort, laying siege to its increasingly smug occupant – a dev-controlled character called Jack the Blade.

One of our party has headed back into the night, through the wolf-infested countryside to the stronghold we set out from, in order to grab as many powder kegs as they can carry. The rest of us wait, illuminated by the campfires we built on arrival. There’s nothing else for it: I continue to amuse myself by triggering my character’s press-ups emote over the flames while others dance around me.

This embarrassing situation is taking place in Amazon Game Studio’s ambitious new survival MMO, New World. That’s no throwaway statement – the game is built on bespoke tech that utilises Amazon Web Services (AWS) cloud computing and, while it will launch with the capability to host around 500 concurrent players, the goal is to reach 10,000 before too long. There’s no upper ceiling on that number, either – it’s only limited by the geography of the continent the studio has built.

This is all in aid of the large-scale territory wars Amazon is hoping to encourage. You hunt, gather resources, craft weapons and health-giving food, and construct forts with like-minded players. The forts act as a respawn point to catch your falls from grace after each misadventure.

Within them, you generally can’t be attacked by NPC wildlife or other players, and they’re a place to store your hard-earned (or ill-gotten) gains, too. If you’re going on a particularly long jaunt, you can craft a campfire – using wood and flint – at which to rest your weary, sword-damaged bones. These serve as a temporary respawn point, which can prove particularly useful when, say, sieging other players’ constructions. 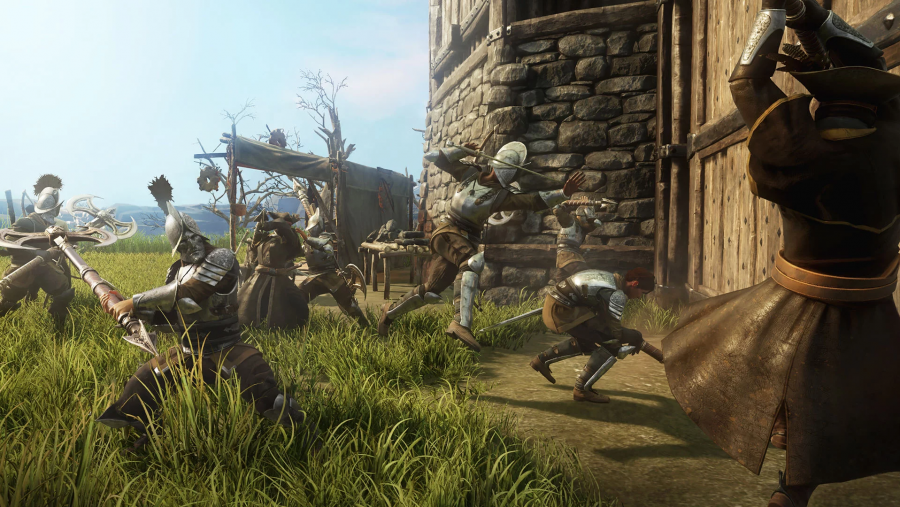 The world map is vast. I get to schlep across a big chunk of land while gathering resources, fighting off packs of wolves, and crossing over a territorial boundary into Jack’s stomping ground. But when I zoom out on the world map it suddenly becomes clear just how small this little portion of the continent is. Doing so also reveals dozens of greyed-out territories, ready to be claimed.

If you establish an HQ in one, it then belongs to your party – you’ll even get a share of resources gathered by any players from other groups who stray into your borders. And there’s nothing stopping a well-organised group of players from taking over huge chunks of the world map. If that’s your ambition, however, be prepared to fight off all manner of challenges to your claim.

Within this burgeoning realm, you’ll be able to set quests for other people. The game will track these deals and make sure both parties receive the respective items and payment – or trade – when a task has been completed. This is a particularly handy way of avoiding getting your hands dirty if you can’t be bothered to wander miles from your home counties in order to procure some rare resource. 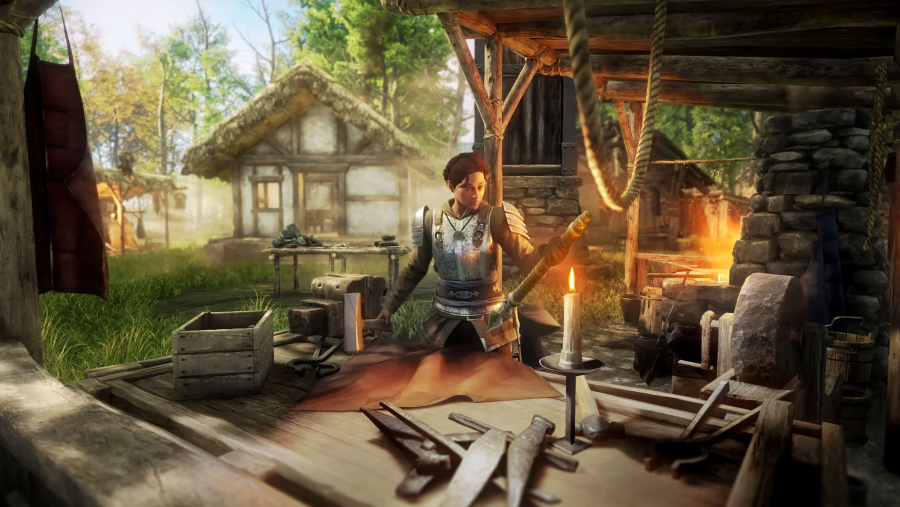 There are no classes in the game, either, so you can take on whatever role you prefer within a clan, and even avoid combat altogether if you like – you might instead choose to focus on becoming an alchemist, for example, or trade high-value goods. If none of this appeals, you can always become a criminal instead, but don’t expect any protection from the actions of players you’ve wronged if you do.

The world is particularly dangerous outside of forts. Wolves hunt in packs and will maul away your health if you don’t roll out of the way in time. Bears are even more terrifying and shouldn’t really be tackled alone. But there are stranger things lurking in the darkness of New World’s supernatural land - mischievous ghosts, for starters. Explosives certainly won’t help there.

Which brings me back to Jack. As my group is in his territory, and we have declared war, it’s open season. He’s still holed up in his fortress by the time we’re informed that, somehow, all the explosives have been lost. This, plus the rapidly dwindling time on my Gamescom appointment, inspires Jack to helpfully open a side door. Lovely lad, Jack.

Anyway, we politely pour into his home and set about killing him and his allies. This is achieved with a mixture of guns, swords, and bows, as we whittle down the opposition’s ability to respawn. We’re victorious and claim the territory for our own. I can already sense the attraction of expanding your group’s territory across the world map, and the bragging rights that will come with that, but also the potential heartbreak of losing ground to rival clans. 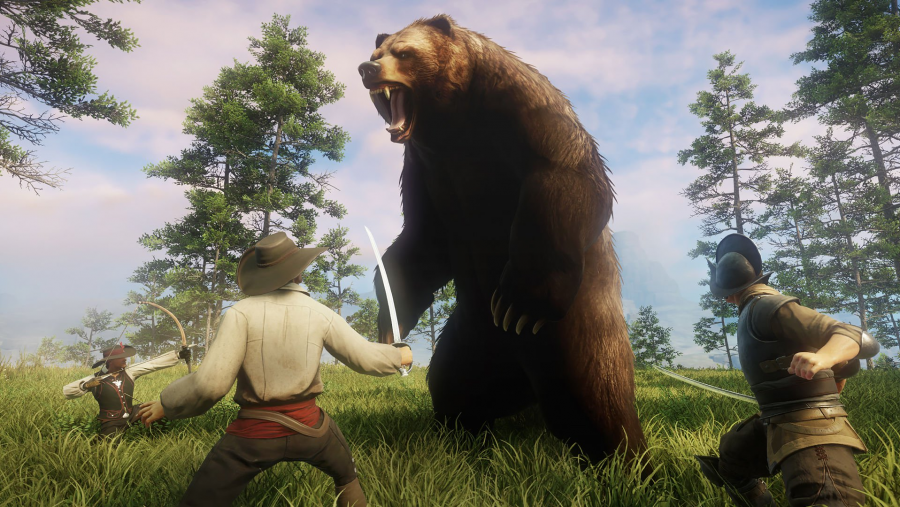 New World offers a positive, progressive spin on a genre that is often fixated on apocalyptic scenarios and scrambling for survival in a world already beyond long-term rescue. Here, instead, there are the foundations of an expansive, player-driven society which is as conducive to peaceful living as it is to fractious confrontation at its borders. And any game that lets you do press-ups over your campfire is surely worth sampling at least once.