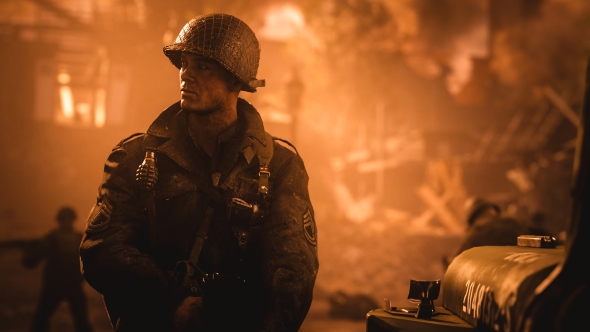 A job listing at Call of Duty: Modern Warfare developer Infinity Ward suggests that whatever comes after Call of Duty: Black Ops 4 will have a campaign mode. The next Call of Duty game, which is being developed by Treyarch Studios, releases later this year, and will have no campaign. However, it looks like the franchise will reintroduce a narrative element next year.

A job listing posted by Infinity Ward, whose last COD outing was 2016’s Infinite Warfare, offers a temporary posting for a narrative scripter at the studio’s California headquarters.

The job listing (via Charlie Intel) is for “a new, exciting, unannounced title for multiple next gen platforms.” The successful candidate will “collaborate with scripters, sound designers, writers, and directors to implement voice-over performances in-game across a wide variety of player experiences.” The listing also mentions “a strong interest and passion for FPS games,” a “broad understanding of both multiplayer and single player game design,” and “a strong desire to bring game characters to life through naturalistic and cinematic implementation of vocal performance.”

News that Black Ops 4 would not feature a traditional campaign at launch was met with uncertainty by fans. However, Treyarch says the game will still include narrative elements across multiplayer, zombies, and battle royale mode Blackout. Exactly what Infinity Ward is working on is uncertain, but there’s some speculation that it could be Modern Warfare 4.

The Black Ops 4 release date is October 12, 2018. Obviously we don’t yet know when the new game will release (or what it actually is), but you can take a pretty safe bet at an autumn 2019 release.