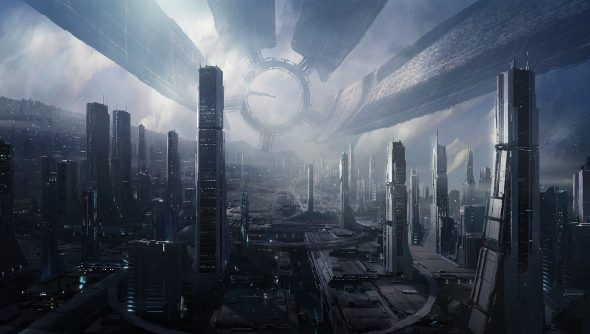 Though it may have lost a few fans by the end, the Mass Effect series was an impressive franchise and filled with some of BioWare’s best world-building magic. I put it on my list of the best role-playing games you need to play for a reason, after all. So any information on the next step for the franchise, lamentably without Commander Shepard, gets me all sweaty.

It turns out that the next installment is in a playable state, and BioWare GM Aaryn Flynn took to Twitter to mention how much he’s enjoying it while we’re stuck at home only dreaming about what adventures he’s getting up to. The bastard.

Flynn posted a picture of the BioWare logo, but nothing else, keeping us in the dark about what we can expect from the new game.

I’ve had many a conversation with chums over what direction we’d like the series to take, and the galaxy that BioWare has created really is ripe for all manner of narratives, from a game built around a Salarian secret agent, to the adventures of a bunch of drunk Korgan pirates.

But for now, we’ll just have to sit here and be teased.