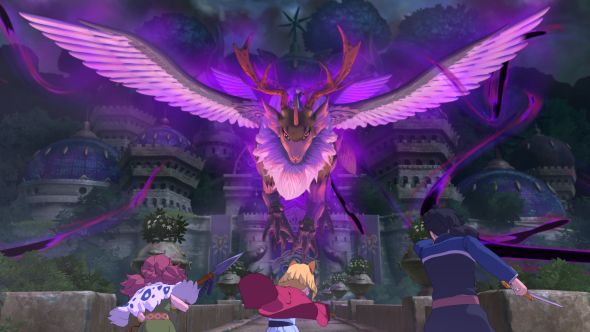 Ni no Kuni II: Revenant Kingdom, the sequel to that lovable, Ghibli-like JRPG that never made its way to PC, is almost half finished. Hopefully this means it’s still on track for a 2017 release.

We’ll just have to play through our list of the best RPGs until it’s out.

Considering the game was announced at the end of 2015, I wouldn’t be surprised if it ended up being pushed into 2018, however. That’s at least over a year of development and it’s not quite halfway there, so we can probably expect at least another year, right?

That’s just how maths works, but obviously game development is not maths. Well, it sort of is, but not this kind of maths. Anyway.

In an interview with Famitsu, via Siliconera, Level-5 CEO Akihiro Hino said the game was 45% complete.

He also spoke a little about how players will build kingdoms in the game, sending off staff to construct their empire.

Elsewhere, he said the field map will be presented in diorama-style, and there’s another secret gameplay system that the team is excited about.

“I can’t say more about it, but this single system alone is enough to make you want to make a game around it, and it’s a highly anticipated system for us,” said Akihiro Hino.