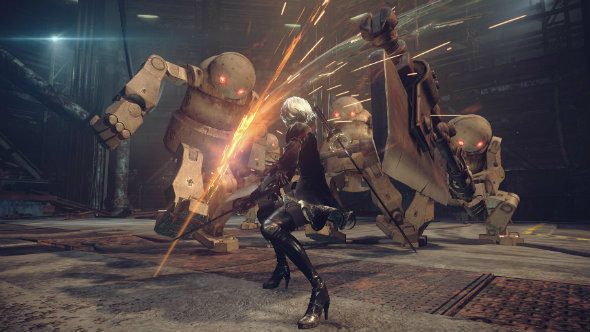 It’s taken seven years for the sequel to the cult-hit Nier to land, but in 2017 it shall indeed land. PS4 owners will get it first on March the 7th, and publisher Square Enix has just unveiled a whopping 25-minute video of this version. Luckily it’s running in 1080p resolution, so should give PC gamers some idea of what to expect.

Want an open world game that isn’t quite so strange? There are plenty of other titles that will fit the bill, giving you the chance to fish, shoot, build and oh so much more.

To be honest, I missed the original, but it built quite the following despite only having a Metacritic rating in the high 60s. According to the new video, you won’t need to know the storyline of the first for the long overdue sequel to make sense, which is a relief. Built by Platinum Games, the combat promises to be incredibly frantic, standing on the shoulders of giants such as Bayonetta, Vanquish and one of my all time faves, Metal Gear Rising: Revengeance. Expect to have to master combos, split-second timing and study enemy weaknesses, but Nier: Automata promises so much more than a mere third-person combat experience.

In a first for the developer, they’re combining their combat-prowess with RPG gameplay mechanics over a sprawling world. It also happens to be rather damn stunning, with the post-apocalyptic setting very reminiscent of the likes of The Last of Us, but with that unique vibe that the Japanese do so well. But instead of listening to my inadequate description, settle down for 25 minutes to check out a huge chunk of the game in action in the video above. If you weren’t interested before, I’m guessing you will be after watching the trailer.

You can head to the official product pagefor even more info. Sadly the PC release date is currently a rather vague “sometime in 2017”, so here’s hoping we won’t have to wait too long to see what our console cousins are enjoying.