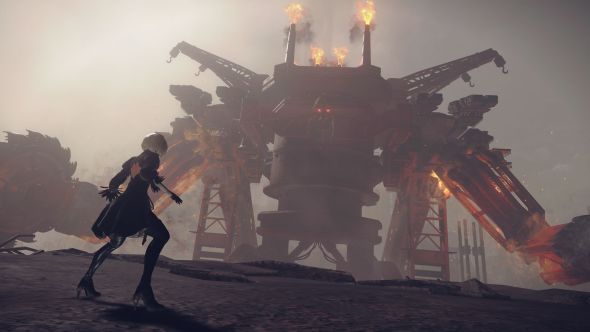 Nier: Automata, the successor to cult JRPG classic Nier, has gone gold, meaning it’s heading for a smooth release on Sony’s PlayStation 4. Sadly, we still don’t know when it’s due to arrive on PC.

When it finally comes to our platform, will the new Nier make our list of the best RPGs on PC?

Producer Yosuke Saito made the announcement via Twitter, withGematsudelivering the news in English. According to him, the game actually went gold some time ago, but Saito decided to wait to announce it on Twitter since that’s the fashion these days.

Nier: Automata will have its launch on the PlayStation 4 first before coming to PC at some point this year. Its Japanese PS4 release is February 23, with US and European versions following in early March.

Now that the game is ready, there should be no further delays before it hits at least its PlayStation release dates. Any problems with the port might delay things for us on PC, but since we still don’t have a firm release date, it doesn’t make much difference (unless it gets delayed out of the year, but let’s not think about that).

This will mark the first time the Nier/Drakengard series of JRPG classics comes to PC, and we’re at least a bit excited. If it sells well, developers Platinum Games will consider a remaster of the original Nier.